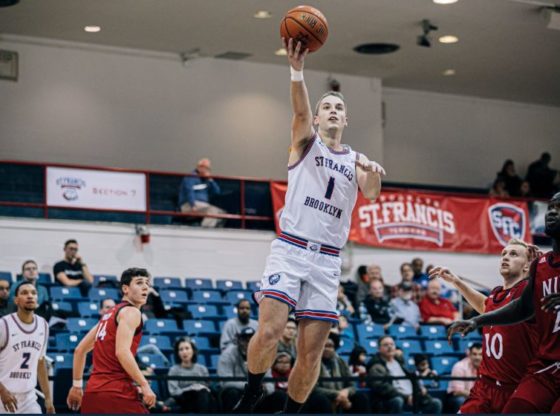 In the second, Chauncey Hawkins with a good layup got things going for the Terriers as both teams were denied baskets during the first two minutes. The Highlanders equalized in the fifth minute on a 5-0 run, 41-41. Thereafter both teams were back-and-forth however with seven minutes and nine seconds on the clock, the Terriers managed to hold a seven-point lead over the Highlanders, 61-54. With three minutes and 17 seconds left, the Highlanders equalized (63-63) but the Terriers, not giving up, fought their way to the end finishing with a two-point lead, 73-71.

Junior guard Zach Cooks led the Highlands with a high of 24 points in 34 minutes. He recorded two rebounds, two assists and landed 11 of 13 shots at the free-throw line.

For the Terriers, junior Chauncey Hawkins led his team with 21 points in 28 minutes. He also grabbed three rebounds, assisted in two baskets and landed seven of nine shots at the free-throw line.

Freshman guard Rob Higgins recorded a career-high of 19 points. He also assisted in three baskets and landed four perfect shots at the free-throw line in 32 minutes.

The Terriers will be back in action on Sunday, December 22, at the Pope Physical Education Center as they host Delaware State to wrap up their Non-Conference schedule. Game tips off at 2 p.m.

“You May Say I’m a Dreamer”. The power of music and the memory of John Lennon
SFC Women’s Basketball Secures Win over Albany (4-5)