Home /News, Sports/Men on a Mission Defeats the Red Flash 86-79﻿ 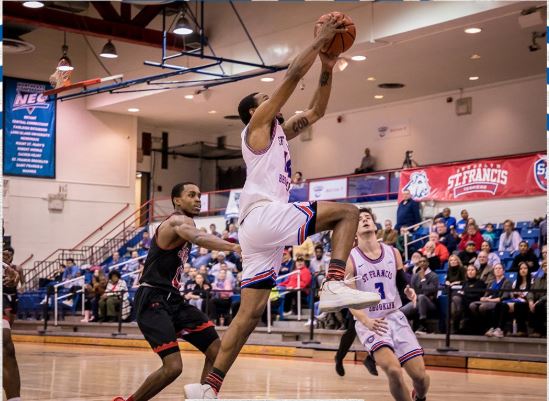 Saturday afternoon inside the Pope Physical Education Center, the St. Francis Brooklyn Terriers Men’s Basketball Team (10-10, 4-4) defeated the Saint Francis (PA) Red Flash by a score of 86-79. The Terriers currently hold seventh place in the NEC Conference with the Red Flash right above in sixth place.

Entering the second half, the Terriers immediately went on 6-0 run. Both teams were head to head up until 6:20 when the Terriers took the final lead of the contest. They went on an 8-3 run and later on a 12-7 run to take the contest 86-79.

Sophomore Myles Thompson finished with 18 points in 33 minutes. he grabbed two rebounds, assisted in one basket and landed two perfect shots at the free-throw line.

Graduate guard Unique McLean finished with 15 points in 36 minutes. He grabbed seven rebounds, assisted in two baskets, recorded one block and one steal.

Freshman guard Rob Higgins finished with 13 points in30 minutes. He grabbed one rebounds, assisted in two baskets and scored four perfect shots at the free-throw line.