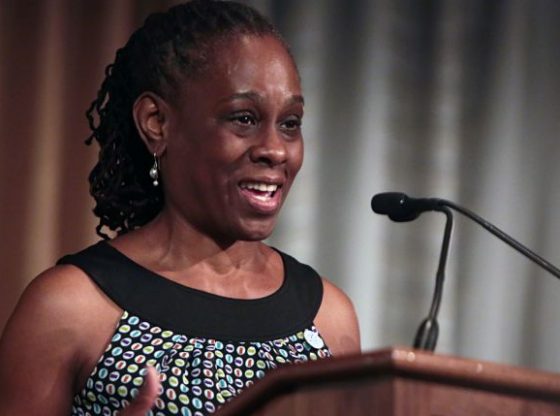 The campaign aims to destigmatize mental illness – which affects one in five New Yorkers — and provide better access to mental health care. McCray believes that individuals have not received the mental health care that they desperately need because of the stigma of mental health.

She wants to reform mental health care and educate New Yorkers on mental health issues by opening up an honest conversation about mental illness.

“We can make it as easy to talk about anxiety as allergies, so no one else suffers in silence,” McCray said in a statement.

In April, the agency announced its first initiative entitled “Today I Thrive” — a series of ads that tell the story of eight New Yorkers of different genders, races, ages and neighborhood who suffer from illnesses such as depression, bipolar disorder, anxiety, alcohol misuse and drug addiction. By releasing these ads, ThriveNYC hopes to dignify those with mental illnesses and make them realize that treatment and recovery is possible.

It also puts a face on mental illness, indicating that it does not define the person who is suffering from it. What each of these individuals have in common is that each person decided to seek help.

“My parents had no idea how to tackle mental health because they were more worried about what the community thought”, said Jimmy, a 27 year old Asian man from Astoria, Queens and one of the New Yorkers who are featured in the campaign.

He has suffered from severe depression since his early 20s and coped with his illness by abusing alcohol. He has gone to therapy and is currently in recovery.

By rethinking mental health, McCray believes New York City can change the culture of how we think about mental illness and in doing so, saving lives.