My role as an intern in an election earthquake

Home /News/My role as an intern in an election earthquake 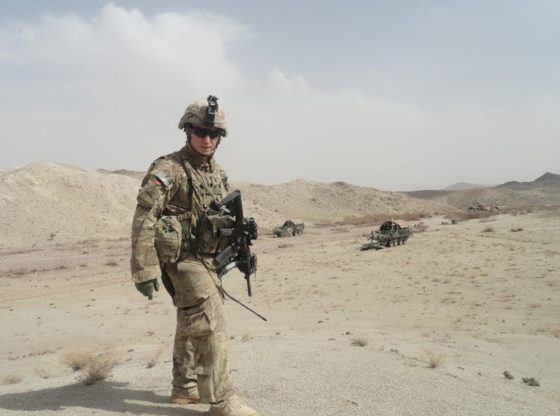 “We were never in this to win an election, we were in this to change politics irrevocably.”

These were the words of Max Rose, Congressman-elect for New York’s 11th Congressional District, as he made a speech to a victorious crowd of supporters following his win on November 6th.

For the many spectators watching the results trickle in, the win was a stunning upset – Rose, a Democrat, had successfully unseated the Republican incumbent, Dan Donovan, in what is seen as New York City’s sole conservative district.

The 11th district encompasses all of Staten Island and a sliver of South Brooklyn, including Bay Ridge, Dyker Heights, Bensonhurst, Bath Beach, Gravesend, and parts of Midwood

It was a tight race to the very end, but it was still widely predicted by many sources that Donovan would hold his seat by a close margin.

So when the numbers came in, with an astounding 53% of the vote going to Rose and 47% to Donovan, people were shocked.

For the many members of the Max Rose team, staffers and interns alike, and the hundreds, maybe thousands, of volunteers, this victory was a long time coming and a result of great ambition, utter dedication, and hours upon hours of work in the field — most notably canvassing and phone banking.

As one of those interns myself, I got to watch the election unfold from the inside, thus I can safely say that Max Rose’s victory shouldn’t come as a shock, and could serve as a model for other Democrats running in districts known to lean Republican.

In the simplest terms, Max Rose ran a strategic campaign that centered on local, non-ideological issues, and was implemented by means of a grassroots movement that mobilized thousands of volunteers, whereas Dan Donovan went by the book, and quickly gained a reputation of flip-flopping to whatever position would win him the election.

Rose by contrast stuck to the same positions throughout the campaign, and those positions were connected to local issues that most directly affect constituents — most notably the opioid epidemic, the commuting nightmare of Staten Islanders and South Brooklynites, and the skyrocketing costs of healthcare.

And so Rose emphasized the issues most close to home for this voter base, and interacted with constituents close to home as well. Every day for months leading up to the elections, volunteers and staff members, and Rose himself, knocked on doors and made phone calls to hear people’s concerns and ask what issues matter to them.

It was an unprecedented method of voter outreach in this district, and as one of those canvassers myself, I found that Rose’s message was well received by people at both ends of the political spectrum, due to its non-ideological nature.

His agenda was neither conservative nor liberal, and he also had certain personal characteristics working in his favor.

Our canvassers were trained to introduce him as “Army veteran Max Rose,” a status that found favor in a place like Staten Island, where many veterans live.

It was a move that proved to be a win-win introduction, as it kept Democrats listening, and earned more face time with conservatives who engaged out of respect, as well being a genuine portrayal of what Max’s background is.

Being 31 is just one of the things on Rose’s resume — the other being his time at Brightpoint Health in Staten Island, where he served as Chief of Staff before running for Congress.

Following this introduction, the typical canvassers would then say that Max Rose has refused all money from Corporate PACs and Federal Lobbyist in an effort to get money out of politics.

His most popular catch phrase throughout the campaign was “Keep your damn money,” which served as a message to all special interests that he couldn’t be bought off.

This was immensely popular with voters considering that no matter where one falls on the political spectrum, it’s likely they believe money in politics creates a toxic environment.

Lastly, Max’s positive rhetoric throughout the campaign served to mobilize voters and generate higher voter turnout – the final feat contributing to his victory.

Rose, faced with the question of how a Democrat could win in a conservative stronghold that is Staten Island on numerous occasions, responded with the same answer every time, saying: “People in this district vote for the person, not the party.”

Furthermore, Rose held himself to an ethical standard I’ve never seen in politics.

He insisted on “earning your trust before earning your vote,” and that was done through personal communication, like canvassing, connecting his whole campaign strategy into a virtuous cycle.

Rose sought to earn people’s trust by means of a political movement that built personal connections, and because of those personal interactions, trust was placed in him.

Not too long after, the votes came trickling in.

Asher Zlotnik, Brooklyn Field Director for the campaign, my supervisor and mentor, gave a concise explanation to why Max was able to win here, and could also extend to how other Democrats could win traditionally conservative districts:

“The fact of the matter is, Americans support affordable healthcare, expanding and improving our infrastructure, reasonable gun reform, and getting money out of politics.

“I think this message really goes beyond campaign rhetoric— the Democratic message is a winning one across America, it just needs the right messenger(s) to present it to the voters.”

A young veteran who openly spoke his mind and wanted to hear what was on yours, resonated with the people of Staten Island and South Brooklyn, and with his emphasis on local, non-ideological issues, they cast their votes to the candidate above the partisan divide, and narrowed that divide in doing so.

A first step among many, the election of Max Rose proves that politics in our country can be improved, and the right person and the right message, can mobilize people, reminding them once again that they can make a difference.