MARK YOUR CALENDARS FOR CYBIL

Home /Entertainment/MARK YOUR CALENDARS FOR CYBIL 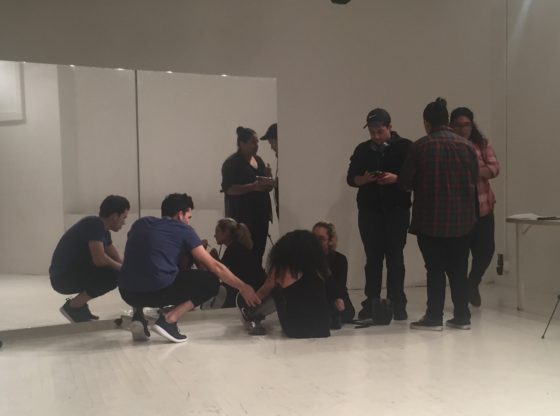 The web series “Cybil,” created by several graduates of SFC and the New York Conservancy for Dramatic Arts (NYCDA), is debuting on Youtube on November 2.

Cybil is the latest indie production from the minds of Nicole Romero—a recent NYCDA graduate who stars as Cybil Flores—and Karina Mejia, a recent SFC graduate and the series’ Director of Photography.

“The web series is about a girl who is a dancer,” Romero told SFC Today, “And she gets her heart broken so—with the help of her best friend—she decides to go and live this independent life. But soon enough, it gets interrupted by two separate guys who are totally different from each other, and they both start to like her.”

“What I thought was really interesting about this whole thing,” Mejia said, “Is that I realized this is a collaboration of sorts between SFC and NYCDA kids.”

The idea for “Cybil” evolved from a class assignment that Romero and Mejia collaborated on earlier this year. “I did about four episodes as an assignment,” Romero said, “Karina and I thought, ‘Well it was fun, but since it was in school, a lot of things didn’t turn out how we wanted, and we knew we could do better with it.’ So we said, ‘Why not take the summer and take our time and do a 2.0 version of it?’”

They decided to ramp up the production and take their time to iron out all the details that they were not able to focus on when they were crunched for time. “We decided to take it by the horns and do it all over again,” Romero continued, “We wanted to have some free content for people to watch—or binge watch—on a free platform like Youtube.”

Filming wrapped up on October 9, and the post-production phase is now underway. The team is focused on promoting the series and getting as many viewers as possible.

“I’m excited to see the reactions it’s going to get because it sounds like people are interested, people are buying in, people are getting excited about it,” said Bryan Fonseca, one of the production’s creative consultants.

“We need to make people curious, make people want to watch it,” he continued, “I’m excited to see what happens and what transpires from this. I’m hoping it gets the great reaction that I think it deserves.”

An episode of the 12-part series will be released every week on Youtube, so be sure to stay tuned.