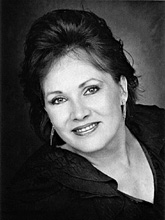 Marioara Trifan is a pianist and conductor who studied at the Curtis Institute of Music in Philadelphia and at the Juilliard School in New York, where she received Bachelor’s and Master’s degrees. Trifan established her career in Europe where she has won many awards in international piano competitions. She also worked at the University of Music and Performing Arts in Munich, Germany.

The program consisted of four acts with pieces for various classical artists.

The next act was titled “Concerto in the Itatlian Style, BWV 971” which included Allegro, Andante and Presto composed by Johann Sebastian Bach (1685-1750).

As always the Department of Fine Arts here find extremely talented musicians, attending the performances are well worth an afternoon.