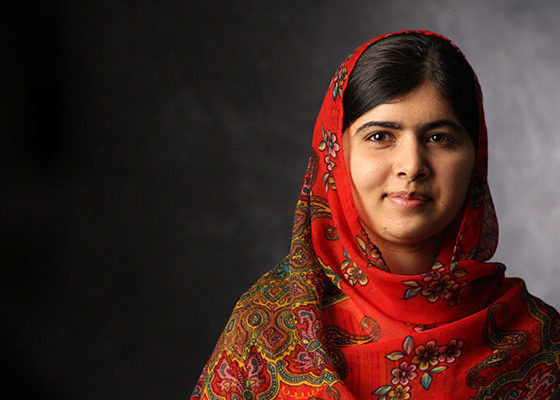 Pakistani teen Malala Yousafzai has been risking her life fighting for education for herself, girls in Pakistan and even girls around the world.

“They cannot stop me. I will get my education if it is at home, in school, or in any place,” she said.

The 18-year-old started taking an interest in education at a young age, partly because her father is a teacher.

She gave her first speech about the importance of an education at the age of 11 and has only gained more support and awareness to this oppression since then. But by doing so, she has also gained the attention of the Taliban, a terrorist group that has been bombing women’s schools and flogging them for years now.

“Who is Malala?” asked an armed member of the Taliban as he approached the school bus carrying the girls to school. From there he fired three times and hit Yousafzai once on her temple. Doctors were astonished that she survived the shooting.

Yousafzai continues to advocate the importance of education even after her life has been threatened and continues to be threatened by the same group of terrorists. In an interview with Dianne Sawyer she said that if a man from the Taliban approached her again with a gun, she would tell him that she does this for all girls including his daughter.

“For their struggle against the suppression of children and young people and for the right of all children to education,” Yousafazi said when accepting her Nobel Peace Prize as one of the youngest recipients at age 17.

She goes above and beyond having a passion for education and speaks at places like the United Nations, other high schools in Europe, America, and Asia and had 3 million people sign the Malala petition for peace in education. She does what she can to help other girls and children have the same confidence and bravery as her and hopefully continue their education and in general, their lives in peace.

The difference she is making around the world has started this global conversation on education and oppression and most importantly has recommitted the UN to the millennium Development Goal 2, which assures that every child, everywhere should be able to complete a full course of primary schooling.

“I raise up my voice – not so that I can shout, but so that those without a voice can be heard,” she said.

Malala has started her own charity, the Malala fund, which helps many by buying books for impoverished children and giving them some source of safety in getting their education.

In general all children are feeling more proud in receiving their education, but girls in particular are following her example. In Pakistan women’s attendance at colleges has grown exponentially.

Women in Pakistan now have the opportunity to be the first female in their families to graduate college and have careers. The spread and growth in education and peace is finally on the rise.

Now she even has her own holiday — Malala Day – on July 12 so everyone can remember this young lady and the inspiration she gives to all.

She plans on continuing to help people with her message through her book I Am Malala. Behind that phrase, she hopes that even more people become inspired and look at their education in a positive light.