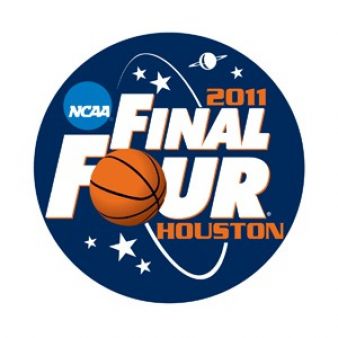 It’s the middle of March and this can only mean one thing. MARCH MADNESS IS HERE! Once again, it’s time for college basketball fans to fill out their brackets. This year 68 teams were selected to the single-game elimination tournament, which as always will be filled with heartbreaks and triumphs.

The selection committee had a lot of work to do when they picked which 68 teams to make it to the dance. The tournament used to have 64 teams. This year the field expanded to 68 teams, including four play in games which gives more schools a chance to win the National Title.

This year the NCAA Division I Men’s Tournament has a bit of a local flavor to it here in New York. The St. Johns Red Storm are in the tournament for the first time in nine years. Many felt they should have been placed higher than the sixth seed they were given, but the Red Storm are looking to make a run in this tournament.

They were placed in the Southeast Bracket and will have to travel to Denver, Colorado. With senior guard DJ Kennedy out with a torn ACL, the team is “Doing it for DJ”. They face a tough team in the first round with the Gonzaga Bulldogs.

The NEC Champion Long Island Blackbirds also made it into the field of 68 as a 15th seed in the East Regional Bracket. They face the number two seeded North Carolina Tar Heels. It may be a quick exit for the team, but the Blackbirds are excited about the opportunity.

The East Regional games are taking place right over the bridge at the Prudential Center in Newark, New Jersey. Local fans don’t have to travel far to see the tournament.

From the 68 teams to be chosen this year, 11 of those teams play in the Big East Conference. This was by far the most teams in college to be selected from one conference. The 11 selected include St. Johns, UCONN, Pittsburgh, Marquette, Louisville, Villanova, West Virginia, Georgetown, Cincinnati, Syracuse, and Notre Dame. This proves that the Big East is the best conference in Men’s College Basketball.

Filling out your bracket can be fun, but it can become very stressful. People start to argue about what team will win and what sleeper picks they have. Some even get so crazy they look up stats from all the past tournaments and are sure their bracket is the winning one. When filling out your bracket, don’t use a pen. You’re guaranteed to change it many times.

Many questions arise from this tournament. Can UCONN keep it going after winning the Big East Tournament behind Kemba Walker? Can Duke repeat as National Champions?

Will the Kansas Jayhawks make it past the second round? Will there be another Butler or George Mason as a Cinderella team to make it to the Final four? Will Ohio State live up to expectations as the overall number one seed? Can St. Johns be a team to win it all?

All of these questions and all of the possibilities can only mean one thing, ITS MARCH MADNESS. The Road to the Final Four in Houston starts now!

TERRIERS REFLECT ON THE TRIUMPHS OF A TURNING POINT SEASON
THE METS OR THE MUTTS- WHO SHOWS UP IN 2011?