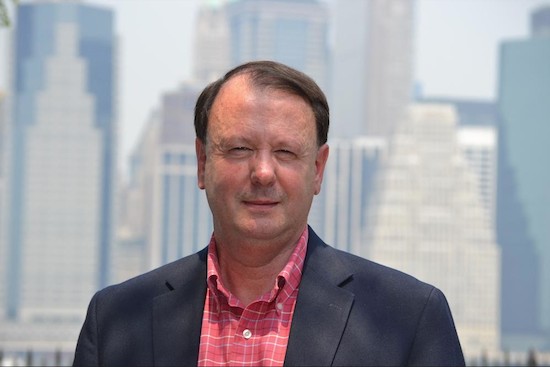 Education Professor Dr. Peter Leibman has spent nearly 45 years teaching, but is so passionate about it that he doesn’t plan on retiring anytime soon.

The 66-year-old has been teaching at St. Francis College for the past ten years, after spending time teaching Physical Education and English in elementary schools as well as working as a principle in several K-12 schools in the New York area.

“I love what I do. I’m never happier than when I am in the classroom and I think that’s the kind of passion you have to have,” Leibman told SFC Today.

Leibman – who also runs the Student Teaching program at SFC – knew he wanted to be a teacher since Elementary School and hasn’t looked back since.

“I guess I haven’t made $1 million a year and I’m not gonna retire to St. Bart’s anytime soon, but what I’ve gotten back is priceless,” the 1971 SFC alumni said.

Leibman makes sure he informs his students about the practical skills they need in order to become successful educators – something he didn’t learn in his undergraduate education classes. The most crucial lessons in Leibman’s opinion are where his students can find jobs and how they can make themselves desirable candidates for these jobs.

“If they graduate from St. Francis and they know how to teach and they can’t get a job, then I think I failed,” Leibman told SFC Today. “We prepare them to be great teachers and then I think we have to go the extra mile and help them to market themselves and help them get the job.”

He published a book in June – Launch a Teaching Career: Secrets for Aspiring Teachers – which gives readers the same advice he gives his students.

“I’ve always said that a good teacher raises test scores and a great teacher changes lives,” Leibman said. “So my goal in writing the book was really to encourage students beyond St. Francis , kinda widen the audience so to speak, to encourage people who really have a passion for teaching, to help them, to expedite the process so they can get a full time job.”

Leibman took an idea from his favorite professor who he met while working on his Doctorate – telling a true story for every education concept taught. He has done this in his classes as well as in the book.

Leibman encourages his students to do a lot of research on the school they are applying to and find a way to match their skills with its needs. After applying to be a principle at a K-12 school in Westchester County, he visited the town’s public library to research the school and discovered that it had a severe drug problem.

The first question he was asked when being interviewed by the school board was what his first action would be if offered the position. Leibman told them he would address the drug problem and when asked how he would do so, he presented a ten-point plan.

“By the time I got to point number three, I knew I had the job,” Leibman said. “The point is, you have to research thoroughly the school that you’re applying to.”

Leibman also tells his students to make sure they have a true passion for teaching before choosing it as a lifelong career. During his years as a principle he dealt with a small percentage of passionless faculty members and had no patience for them.

“Don’t cheat your students,” he said…”If you’re gonna teach, give it everything you have or don’t do it.”

Another important tip for teachers according to Leibman is being yourself and treating all students with respect. He thinks teachers should be serious about making sure their students learn, but shouldn’t take themselves too seriously because they don’t know everything.

“You don’t have all the answers and you can’t take yourself too seriously because everybody’s ignorant, but everybody’s intelligent,” Leibman said. “They’re just ignorant and intelligent about different things.”

Leibman got the idea for the book while at a conference for the education honor society Kappa Delta Pi at St. John’s University a few years ago. A professor who attended stated that it was the worst time to get into teaching and that he hadn’t placed a graduate in a full-time job in 2.5 years. Leibman responded by saying that he thought it was the best time to get into teaching because he had been placing graduates in full-time jobs in record numbers. The professor then told him that he should write a book explaining how.

Leibman loves his job at St. Francis so much that he couldn’t imagine leaving. Both the students and faculty in the Education Department — who are experts at working together — have given him an enjoyable experience for the past ten years.

“I think I died and went to heaven. This is the best job I’ve ever had,” Leibman told SFC Today. “There hasn’t been a single day where I haven’t wanted to be here.”

Leibman’s students are eager to become educators and it is a pleasure for him to teach them how to do so.

“They know what they want out of life and it’s just a pleasure to help them get there.” Leibman said.