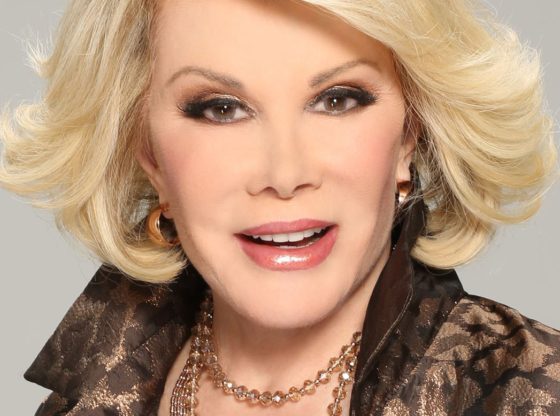 Brooklyn born comedian Joan Rivers, known for her crude humor, died at at the age of 81.

Rivers received endoscopy, a procedure intended to help diagnose her hoarse voice and sore throat, at Yorkville Endoscopy clinic. Investigators said that after the procedure, a physician performed a biopsy on her vocal chords without her prior consent, but the clinic denies this claim, according to CNN.

Rivers slipped into a coma at the clinic on August 29 and was rushed to Mount Sinai Hospital, where she was pronounced dead on September 4.

Her daughter stated that “she passed peacefully at 1:17 p.m. surrounded by family and close friends,” according to the Wall Street Journal.

Dr. Lawrence Cohen, the clinic’s medical director who performed the endoscopy, has stepped down as director and announced that he is currently not performing any procedures.

Investigators believe that Rivers’ vocal cords began to swell during the alleged unauthorized procedure and cut off the flow of oxygen to her lungs.

The New York State Department of Health is still investigating her death.

Rivers, born Joan Alexandra Molinski, was recognized not only for her vulgar comedic style, but her many plastic surgeries. In 2012, the Daily Telegraph reported that she had 739.

“Every weekend I just go in and I do something new. I get a 10th one free. It’s a little like coffee you just keep going,” Rivers said according to the newspaper.

She was the first person to tell jokes about controversial topics including abortion and homosexuality, according Time.

“When people hate me, that’s good,” Rivers said in Time. “They know I’m there.”

Rivers attended Connecticut College before transferring to Barnard College, where she graduated Phi Beta Kappa with a degree in English in 1954.

Rivers’ parents did not support her dreams of becoming an actress. After college, she worked several temporary office jobs, while getting small parts in Off-Off Broadway plays and doing stand up comedy in small clubs and cafes.

She first appeared on “The Tonight Show with Johnny Carson” as a guest in 1965 before serving as a regular guest host for more than 20 years. During this time she also co-wrote the television film “The Girl Most Likely To” in 1973 and directed the film Rabbit Test in 1978. She left the show in 1986 to host “The Late Show Starring Joan Rivers”, for which she signed a $10 million contract with Fox.

However, things soon turned when Fox fired Rivers within just one year due to a drop in ratings. She then lost her husband Edgar Rosenberg to suicide as a result of depression in 1987. Rivers then alienated herself from her daughter and spent some time traveling.

“Everything was taken away…But I truly started from ground zero again,” Rivers said on CBS News in 2010.

Rivers’ career picked up when she began hosting the nationally syndicated talk show “The Joan Rivers Show”, for which she won a Daytime Emmy in 1990 for outstanding talk show host.

The show ended in 1993 and Rivers soon took on the role of entertainment and fashion commentator on E!’s pre-awards shows, criticizing celebrity fashion choices on the red carpet alongside her daughter.

Rivers acted in films such as Look Who’s Talking, The Intern, Shrek 2, and Ironman 3. She appeared on Broadway and was nominated for a Tony Award for “Sally Marr…and Her Escorts” in 1994. She also wrote 12 books, which included humor, self-help, and autobiographies. Rivers also started a fashion and jewelry line on the QVC home-shopping network.

Melissa Rivers added that even after her death, Rivers would want everyone to continue laughing.

“My mother’s greatest joy in life was to make people laugh,” she said according to CBS. “Although that is difficult to do right now, I know her final wish would be that we return to laughing soon.”