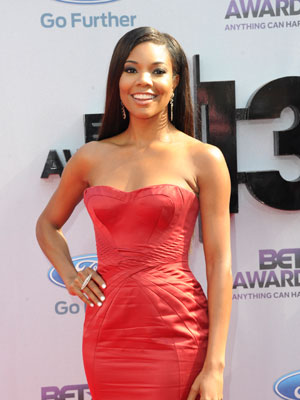 With the recent leaks of celebrity nude photos, it has the rest of us wondering just how protected our online information is.

In the past few weeks, celebrities like Jennifer Lawrence and Kate Upton fell victim to the ruthless tricks of internet predators. In the past week, even more celeb nudes were released. Celebrities such as Rihanna, Kim Kardashian, Gabrielle Union, Scarlett Johansson, and Meagan Good among others have been victimized.

The Daily Beast reports that when the photos leaked, Good’s name was trending all day on Twitter and she was reported as saying “I’m definitely in shock… saddened for everyone who is experiencing this… but I ‘choose’ not to give the persons responsible my power. At the end of the day we all know these pictures were for my husband…Oh yeah and for everyone who’s reposting the leaked nudes? You should be ashamed of yourself.”

Unfortunately, shame has not kept the photos from being shared online and others have sought retribution instead.
Union has been in contact with the FBI and seeks to prosecute. Furthermore, an investigation has been launched against those who leaked the photos and continue to repost them.

Stars like Ariana Grande and Victoria Justice have chosen to expose the photos as fakes, while other celebs have chosen not to comment at all.

The photos were first published anonymously on sites such as 4chan and reddit and were taken down, but continue to be reposted across the net.

The pictures were reportedly stolen from their iCloud accounts. Ars Technica.com reports that Ibrahim Balic, a London-based software developer contacted Apple in an email as early as March 2014 to alert the company to a weakness that left personal data, including the photos of iCloud users, vulnerable. An Apple employee replied, “It’s good to hear from you. Thank you for the information,” according to the website.

BBC reported that Apple has confirmed that some celebrities’ iCloud accounts were broken into, but that the company found no evidence that it was caused by a breach of its security systems.

As a result Apple has now implemented new security measures.

“Alerts sent to users will now include one when data is restored to a new device,” said Apple CEO Tim Cook, according to the Wall Street Journal.