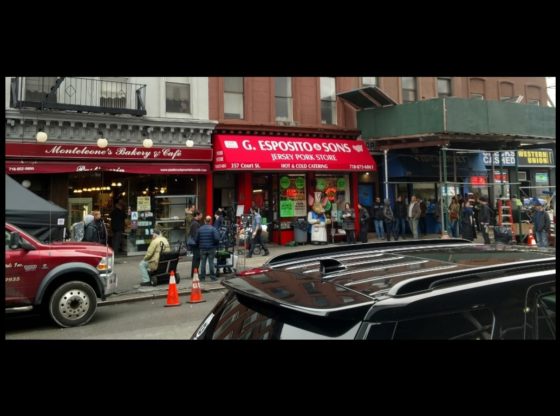 “Law & Order: Special Victims Unit” revolves around stories within episodes that are loosely based upon real-life crimes. The action in “SVU” centers around Special Victims Unit detectives and the New York City District Attorney’s Office, but the show takes place in numerous locations, both on the street and in the courtroom. “SVU” encounters many relevant topics in today’s world, ranging from sexually based offenses, felonies related to bullying, hate crimes, physical misdemeanors, and crimes against the defenseless. “SVU” stars Mariska Hargitay, daughter of actors Mickey Hargitay and Jayne Mansfield. For her work on the show, Hargitay won a Golden Globe Award for the Best Actress in a Television Drama Series in 2005 and an Emmy Award for the Outstanding Lead Actress in a Drama Series in 2006. “SVU” also stars Christopher Meloni, Richard Belzer, Ice-T, and Diane Neal among other stars. In contrast with “Blue Bloods” and “Madam Secretary,” “SVU” is primarily associated with NBC as it is distributed by NBCUniversal Television Distribution. “SVU” premiered in September 1999 and is currently also famous for being the longest-running American primetime television show in the United States.

On February 15th 2018, “SVU” filmed on Court Street between Union Street and President Street in the Cobble Hill-Carroll Gardens border of Brooklyn. The filming took place inside Giovanni Esposito & Sons Jersey Pork Store. The butcher shop is famous for being a first-rate micro Italian takeout spot as well as having a human-sized ceramic pig outside of its entrance. Since its origin on Columbia Street in 1922, Esposito’s has currently been an active store for over 95 years and is still going strong. Third-generation brother-owners George and John Esposito maintain the shop’s well-renowned appeal. The store alone is the subject of a 2015 short film entitled “Esposito’s Pork Store, Brooklyn.” That film was directed by Brinda Adhikari, a Brooklyn filmmaker and customer of the store since 2003. The nearly 4-minute short film is accessible for free on Vimeo. Filming also took place outside of the adjacent Monteleone’s Bakery & Cafe, a famous shop with a wide variety of traditional Italian cookies, pastries, cakes & gelato.

Not many recognizable actors were present at the “SVU” film shoot, but many extras were asked to walk back and forth in front of the store. The “SVU” filming attracted a smattering of onlookers who were politely asked to stand out of the camera’s lens. Despite being told by personnel to adjust outside the film’s view, bystanders were allowed to stand by adjacent to the set and take pictures as they pleased. A spectating woman claimed that the actors who portrayed Detectives Amanda Rollins and Dominick Carisi Jr. (actors Kelli Giddish and Peter Scanavino, respectively) were the only two stars from the show at the shoot. A freelance assistant for the film shoot said the director of the episode was located, per usual for television shoots, in the black tent (to the center-left hand side of the picture). The assistant also said that film productions commonly call this spot “The Village.” Along with the director, the script supervisors, writers, and producers of the episode also tend to work within “The Village” tents. The “SVU” filming lasted roughly from 8 a.m. to 11 a.m. before the entire crew had to relocate for their next shoot.