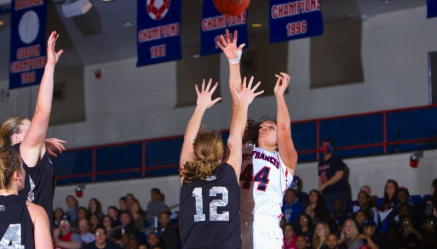 Freshman Jaymee Veney had a hot start for the Lady Terriers, scoring six of the team’s first 11 points, but also found herself in early foul trouble and was used sparingly for the rest of the game. Veney scored eight points in 15 minutes of action.

Sarah Benedetti led St. Francis in scoring with 13, including a perfect 6-for-6 from the foul line. Jessica Kaufman also added eight points and seven boards.