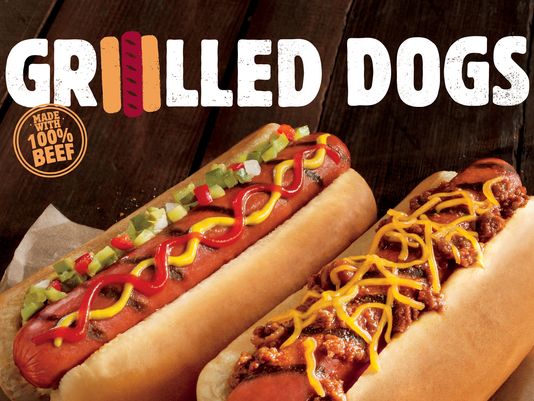 In partnership with Oscar Mayer, Burger King is offering hot dogs made with 100 percent beef. Known for their signature flame grilling WHOPPER burger, the chain is ditching the conventional methods of boiling and frying in favor of traditional grilling.

“The introduction of Grilled Dogs just made sense to our guests and for our brand,” Alex Macedo, North American president for the BURGER KING brand, said in a statement. “We’re applying over 60 years of flame-grilling expertise with the WHOPPER sandwich to make Grilled Dogs the next great American icon.”

Customers will have the option to choose from the classic grilled dog for $1.99, or the chili cheese dog for $2.39. In addition, customers can also choose to get the recommended combo deals that include fries and a drink.

“In the competitive environment in which they are working, I actually think it’s a positive thing,” said Warren Solochek, president of food services of NPD Group, according to MarketWatch.com.

While some critics favor the hot dogs, others compared Burger King’s strategy to the McDonalds “McHotDog” that debuted in the 1990s and early 2000s and failed to appeal to customers.

“I do find it interesting that the company decided to sell hot dogs. Hopefully it helps them increase profits against other restaurants,” SFC senior Shantel Risher told SFC Today.

This is not the first time Burger King has added new items in an attempt to increase sales. Burger King discontinued the low calorie Satisfries back in 2014 after failing to get customers hooked on the healthier food option.

Sonic and Dairy Queen also have hot dogs as a permanent menu item.