KATZ’S DELI TO OPEN IN BROOKLYN 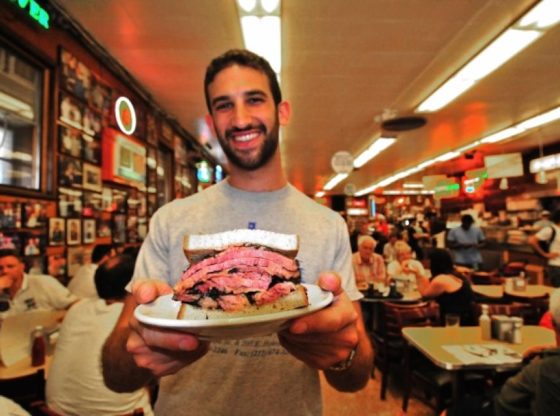 The Katz’s is out of the bag.

The legendary Katz’s Delicatessen, known for its gigantic corned beef and Pastrami sandwiches, is opening a new location in downtown Brooklyn.

Katz’s is an international sensation, having been featured on cooking shows including Anthony Bourdain’s “No Reservations.” Katz’s also served as a backdrop in Disney’s movie “Enchanted.”

The deli’s move to Brooklyn has been rumored for some time, though there had been no confirmation from the Katz team until now, when Katz’s co-owner Jake Dell confirmed that the buzz was true.

They will add a stand at the upcoming DeKalb Market Hall at City Point next fall. This will be the company’s first-ever expansion since opening in 1917 at 205 Houston Street, where Katz’s remains to this day.

“It’s a small, takeout-only outpost, the idea’s a pared-down menu and classic sandwiches,” Dell said in an interview with Forward.com.

“I think an iconic deli from the Lower East Side opening in Brooklyn is natural and very exciting,” Wolf told SFC Today. “Too often new food businesses mean a sort of gentrification that smooths out or eliminates much of the cultural color New Yorkers cherish. This seems to be going in another, better direction, back to when honest, delicious immigrant food was a major part of our lives.”

With Katz’s now coming to Brooklyn, the deli’s iconic foods will be introduced to a brand new market of young Brooklynites.

“This could be really good for everyone and help bring Katz’s to a couple of new generations, in and outside the business,” Wolf added.

If one thing is for sure, it is that St. Francis students will be enjoying Katz’s world famous pastrami sandwich by next year.