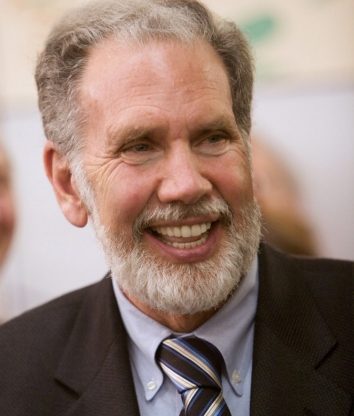 Sexton discussed several high-profile Supreme Court cases and how to properly apply the Constitution to those cases’ verdicts. He specifically analyzed the now iconic phrase, “Congress shall make no law respecting an establishment of religion or prohibiting the free exercise thereof.”

Each of the 16 words in that sentence, Sexton contended, has a very specific and powerful meaning. There are, however, various complex interpretations of the writers’ true intent. Sexton posed the question, “What do these words really mean?”

Sexton’s lecture continued to delve into the complex power these words hold and to approach the statement analytically. He debated the context of the language and the importance that that one seemingly simple sentence has on the entire development of this country.

“If we don’t know what these words mean,” he continued, “Then it’s just the Wizard of Oz.”

Sexton points out that in 1787 when the Constitution was written, several of the thirteen colonies had already established official churches. He argued from the unique perspective that perhaps the true meaning of the words was to keep Congress from interfering with the power of those institutions. He strengthened his point by noting that the statement does not explicitly prohibit state churches, only federal ones.

He also discussed the more rhetorical questions “What does religion mean?” and “What is the definition of religion?”

Sexton’s eccentric teaching methods kept the lecture exciting and engaging. The lecture series’ next installment will be on Tuesday, October 25 in the Maroney Theater where Sexton will discuss how much religion belongs in public schools and how much aid the government should put into religious schools.