Jackie Robinson: The Life of a Legend

Home /Sports/Jackie Robinson: The Life of a Legend 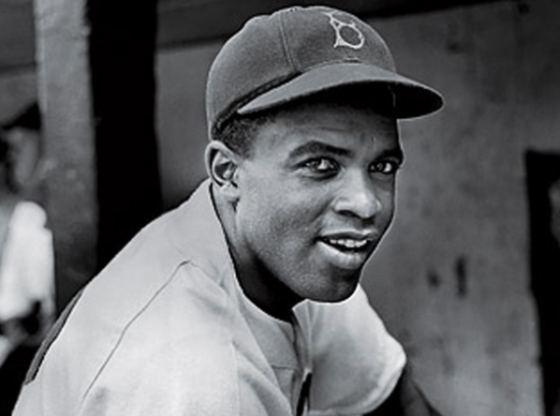 Jackie Roosevelt Robinson was born on January 31st, 1919 in Cairo, Georgia. He grew up in relative poverty in a prosperous community within Pasadena, California. Robinson and his fellow minority friends were excluded from various recreational activities. This persuaded Robinson to join a neighborhood gang, but his friend Carl Anderson persuaded him to leave it. After becoming an affluent player in Football, Baseball, Basketball, and Track at John Muir High School, Robinson transferred from Pasadena Junior College to the University of California, Los Angeles (UCLA) in 1939. Robinson met his eventual wife, Rachel Isum, there at UCLA. However, Robinson left college in the spring semester of 1941, just before graduation.

After a brief stint as a Football running back in the Pacific Coast Football League, Robinson was drafted for wartime service in 1942 during World War II. On July 6th 1944, Robinson refused to sit in the back of an Army Bus. After being accused of multiple offenses, Robinson was acquitted of all charges by an all white nine-men panel, and received an honorable discharge from the Army in November 1944.

Robinson began to pursue his interest in Baseball, and played 47 games at the shortstop position for the Negro League team the Kansas City Monarchs in 1945. From 1946-1947, Robinson played with the Montreal Royals of the Minor Leagues. On April 15th 1947, Jackie Robinson made his Major League Baseball debut for the Brooklyn Dodgers, and became the first black player to openly break the Baseball color barrier since 1880. African American fans of baseball left their Negro League teams to see the Dodgers, as many African American people supported Robinson’s demeanor on the field. Racial tensions existed within the Dodger clubhouse as some players threatened to sit out the season. Dodger manager Leo Durocher stood up for Robinson, and informed his team that Robinson was a great player and nobody would sit out unless they wanted to be traded.

Outside of Brooklyn, Robinson had to stay in different hotels while away with his teammates and sporadically faced verbal opposition from fans. Opposing teams would discriminate Robinson, but the Commissioner of Major League Baseball, Happy Chandler, calmed hostility among the League in directly responding to said matters. In his 1989 autobiography “Heroes, Plain Folks, and Skunks,” Chandler recounts that he favored MLB integration, in part because he was grateful for the many African Americans who he worked with while he was a member of the Senate Military Affairs Committee. Chandler recounted that “If the Lord made some people black, and some white, and some red or yellow, he must have had a pretty good reason. It isn’t my job to decide which colors can play big league baseball. It is my job to see that the game is fairly played and that everybody has an equal chance.”

Jackie Robinson was also supported by the state of New York, who welcomed him with open arms, and many African Americans began to root for the Dodgers. Robinson famously pleaded for peace when he stated “I’m not concerned with your liking or disliking me […] All I ask is that you respect me as a human being” in 1947. Robinson also received significant encouragement from several major league players. Robinson named Phillies Third Baseman Lee Handley as the first opposing player to wish him well.

During pre-game practice in 1948, Pee Wee Reese, the captain of the Dodgers, went over to Robinson, engaged him in conversation, and put his arm around his shoulder in a gesture of support which silenced a heckling Cincinnati crowd. Reese also came to Robinson’s defense with the famous line “You can hate a man for many reasons and color is not one of them” in 1948. Reese was joined by Dodgers first baseman Gil Hodges in support of Robinson. Not only was Robinson able to quell opposition to his presence on the field, but he quickly won the respect of many Baseball fans. He finished his first season by earning Baseball’s first Rookie of the Year Award. Two years later in 1949, he won the National League’s Most Valuable Player Award, leading the league with a .342 batting average.

By late 1948, racial tensions began to ease as more African American players joined the Major League Baseball, and Dodgers teammates thoroughly became friends with Robinson. Off the field, Robinson was the subject of many songs and a feature-length film about his life, starring as himself in the 1950 movie “The Jackie Robinson Story.”

After winning the World Series with the Dodgers in 1955, Robinson retired on October 10th, 1956 at the age of 37. After Baseball, Robinson was involved in Politics, declaring himself a political independent from 1960-1972. In his first year of eligibility for the Baseball Hall Of Fame in 1962, Robinson encouraged voters to consider only his on-field qualifications, rather than his cultural impact on the game. He was elected on the first ballot, becoming the first black player inducted to the Baseball Hall Of Fame. Robinson made his final public appearance in throwing out the ceremonial first pitch before Game 2 of the 1972 World Series on October 15th 1972, and died of a heart attack following complications from diabetes on October 24th, 1972.

On April 15th 1997, Jackie Robinson’s jersey number, 42, was retired throughout Major League Baseball, the first time any jersey number had been retired throughout one of the four major American sports leagues. Jackie Robinson leaves his iconic legacy as a stoic man who bravely broke Baseball’s color barrier and refused to fight back those who discriminated against him. His wife, Rachel, alive in her nineties today, continues his legacy. At a recent fundraiser in Brooklyn, she said that it is important to note that many white people put their jobs, privileges, reputations, and lives on the line to support MLB integration and Jackie Robinson’s career. Rachel Robinson claimed that Dodgers players, such as Pee Wee Reese and Gil Hodges, were among those people because they socialized with Jackie Robinson in difficult environments. Rachel Robinson even additionally claimed that Reese and Hodges would escort him through tough areas, forming a protective wall for such a great person. While that gesture displays the unbreakable camaraderie that the Brooklyn Dodgers had as a team in the 1940s-1950s, the act also shows just how great of a man Robinson truly was.

Monk to retire
The Life of a Division I Tennis Player