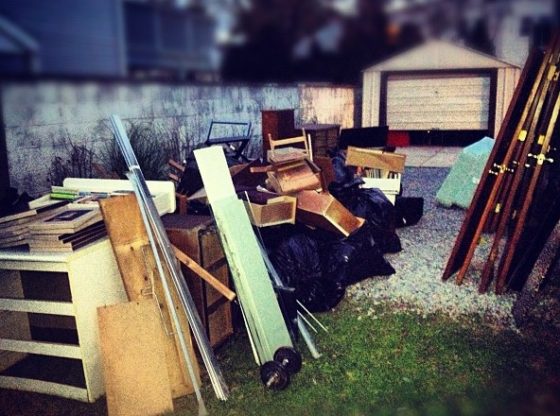 It has been three months since Hurricane Sandy hit and victims are still in the recovery process.

Although I was greatly affected by the storm, I have found more and more islanders in worse shape. My neighborhood of Midland Beach in Staten Island was located in Zone A.

Due to the vast amounts of ocean water filling the streets and sewers, the sea water clogged the sewers causing all the waste to back up into people’s homes, including mine.

The stench from the sewage backup was horrendous, causing me to walk down to LaRocca’s on Midland Avenue where volunteers distributed facemasks. There, I received numerous amounts of black garbage bags and gloves, which I used to begin the cleaning process.

After personally cleaning up the sewage backup with a few of my friends, my home was still uninhabitable.

I took a ride down to the New Dorp Beach area where I signed up to have volunteers come to my house and help empty out my once finished basement.

Luckily, the next day I received a call from a woman named Taylor Basile and she sent eleven volunteers to my home ready to clean up. Ms. Basile is a project manager for TCB Designs; a contracting company in Manhattan.

Basile said, “I live on Staten Island. When the storm hit I went to help my community since I have a great amount of knowledge in the building industry.”

These volunteers were from Staten Island, New Jersey, and Manhattan. I am extremely appreciative of the amount of work they accomplished in one day. The volunteers went above and beyond my expectations.They came to my house with a leader who split them into two groups. They wasted no time and began working immediately.

One woman from Manhattan said, “I was home watching the news where I saw the devastation of those on Staten Island and knew I needed to help.”

The next day I went on the internet where I signed up for a program called Rapid Repair: a program set up by Mayor Bloomberg to help Sandy Victims.One week later I received a phone call to set up an appointment for workers to come and take a look at my basement. Rapid Repair came in my home and set up all new electrical work throughout my entire basement.

My lifestyle turned upside down due to Sandy. With the help of volunteers and Rapid Repair the recovery process is still in effect.Thanks to Rapid Repair they were even kind enough to deliver a beautiful Christmas tree a few days prior to Christmas Day. I was extremely grateful for their generosity.

The Red Cross has made their presence known since day one after Sandy. They continue to drive up and down each and every block of my neighborhood serving all different types of meals and drinks. The Red Cross provides food, shelter, relief supplies and comfort to the people impacted by Sandy.

The NYC Department of Sanitation worked around the clock due to the disaster Sandy left behind. They cleared the roadways of massive amounts of debris. They continuously work nonstop and are still working till this day, three months after the storm hit.

A couple weeks after Hurricane Sandy hit, along came the Buddhist Tzu Chi foundation.The charity was founded in 1966 in Hualien, Taiwan. It currently has more than 80 offices in the United States, as well as offices in 50 countries. Its name means “Compassionate Relief” in Mandarin.

I waited on a two hour line outside St. Charles Parish located in Staten Island. When my mother and I arrived at the door she presented the Buddhist with proof of residence and continued inside while I waited outside.

My mother, MaryEllen Mazzoli said, “It was an overwhelming experience. I was escorted into the gymnasium where everyone including myself filled out a form and then watched a short film based on how the Tzu Chi foundation was funded. It has grown by helping people all over the world while only asking those they help to donate in return once they get back on their feet; therefore Tzu Chi can continue helping others in need.”

Mazzoli also claimed that the Buddist of Tzu Chi “held my hand as they escorted me to receive a gift card worth six hundred dollars. Also, one of the Buddhists handed me a scarf from the Red Cross and told me to take it as a blessing for my daughter.” The Buddhist woman then wished my mother luck.

From the volunteers helping empty people’s homes of debris to those driving around my neighborhood handing out hamburgers, hot dogs, sandwiches, coffee, blankets, socks, gloves, garbage bags, bleach and much more.

Each and every individual made a difference in the recovery process. I would like to thank all the volunteers especially those I had the opportunity of meeting who made a tremendous difference in my life.