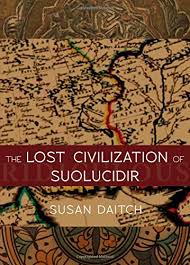 On September 18 at St. Francis College, authors John Keene, Susan Daitch, and Jeremy M. Davies came to talk about their novels and read some excerpts from their books. They also answered questions from the moderator, Christian Lorentzen, and the audience.

John Keene spoke first, reading a short story entitled “Rivers,” an excerpt from his first book.
This short story was inspired by “Huckleberry Finn” and chronicling what life would have been like for the story’s main character, Jim, forty years in the future.

Lorentzen asked Keene how the details Mark Twain wrote left him space for his reinvention of the classic story and about the mix of material and space within the novel.

Keene advised readers to read the book numerous times and very slowly to pick up different details that might have been overlooked the first time around. He used examples like Jim having a hairy chest, or how his wife and children disappear from the story. He used these examples to emphasize the details of character development.

“What might this character’s wife have been like?” he asked, then musing about how to imagine “the characters through the experience of Jim as a forty-year-old man.”

Then Susan Daitch read from her novel, “The Lost Civilization of Suolucidir.” The book’s clever title is the word “ridiculous” spelled backward.

The next question was directed towards Daitch. Lorentzen asked Daitch what her research process was like for her book.

Daitch replied, “It was partly based on the burnt city.” She also said she spent a lot of time researching with archeologists.

“Imagining someone who has spent the last number of years in Iran experiencing extreme displacement,” Daitch said. “New York in the 70s and 80s is the redevelopment of the city around us,” she continued, “I am looking for extreme contrast in what it would have been to spend time in one place then come to another.”

The third author to read was Jeremy M. Davies. He read the first story from his collection “Forkhead Box,” which takes place at the end of the 1950s and is based on rumors of various historical executions.

Lorentzen asked Jeremy Davies if he considers history when he plays with forms of constraints in his stories. Davies said, “History is a constraint.” He continued, “When I am writing historical fiction, I intend to run the gamut of literature of the period.”

The authors at the panel aimed to direct the next generation of young authors, and their input proved very inspiring.