Influencers in Communication: Monique Pryor speaks about her experience on season 16 of the Amazing Race

Home /Entertainment, News/Influencers in Communication: Monique Pryor speaks about her experience on season 16 of the Amazing Race 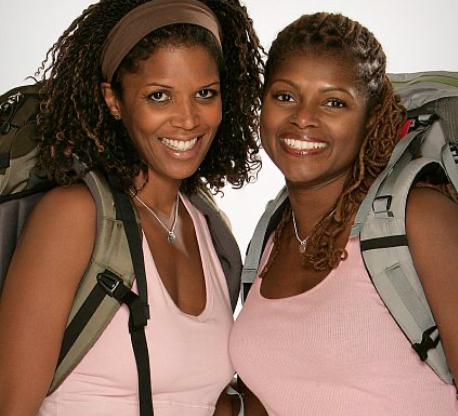 Monique Moore Pryor, Chief of Staff at St. Francis College joined Professor David Gewirtz on the second webinar of his “Influencers in Communications” series. Monique Pryor along with her close friend, Shawne Morgan were on season 16 of the show, The Amazing Race, where they were on a team called, Moms/Attorneys.

“Tell working mothers, you know our lives are crazy with kids and we pour so much into them but our goal was to help mothers remember who they were before they had a family,” said Monique Moore Pryor when she was explaining why they wanted to record an audition video and try to get on the show.

Joined by SFC staff members and students, Monique and Shawne spoke about their journey on the show and their unforgettable moments that created a tighter bond between the two.

The show, The Amazing Race, is a reality television game show where people compete in teams of two, in a race around the world. The teams of two, made up of people of a pre-existing relationship, must navigate through the world for the chance to win one million dollars.

“Amazing Race previewed on TV and Shawne called me and I said, ‘I know what you are thinking, we are going to that one day’ and so that’s how it started,” said Monique.

Throughout the webinar, many would agree that the bond that the duo had was a unique one. Both Monique and Shawne highlighted the fact that they were both, just authentic throughout their whole experience and that  is what made them stand out.

Proving that first impressions are very important in any situation, “I think we did a picture or video of our dresses from the inauguration [President Barack Obama’s inauguration] and so you know just to show the stark contrast between just being in this motherly setting and doing what mothers do.”

“You’re multitasking, you’re just trying to make it happen and then still finding time to have that balance so that’s what they said [the producers of the show] got their attention in the first 30 seconds,” said Shawne Morgan.

The duo left behind their family, their businesses, and their responsibilities to go on the show, they were able to experience a real production and saw the difference between what was actually happening and what was finally shown on-air.

In the first couple of episodes, the duo were just beginning to prove themselves to the world, until they got to the third leg, where they fell behind. However, that didn’t bring them down.

“I was proud that we were able to still remain friends…we can come together and know that we still have that love for each other. If we had won the money and not be friends, it wouldn’t have been worth it. I feel like it was such an amazing experience,” said Shawne.

Once they were eliminated, they couldn’t go home because the show was still being filmed. Therefore, they had to stay in a mansion where they were “prisoners in paradise.”

“The webinar series was a way to give students the opportunity to speak to influencers in communication about what it takes to be successful in this industry. I hope we can continue to host this series and influence students,” said Professor David  .

To watch the full webinar and the previous webinar with Jennifer Demme Harris, the current Vice President for Production and Development for MTV International please go to: https://sfcterriertv.com/