IN CONFESSION, MIND YOUR OWN BUSINESS 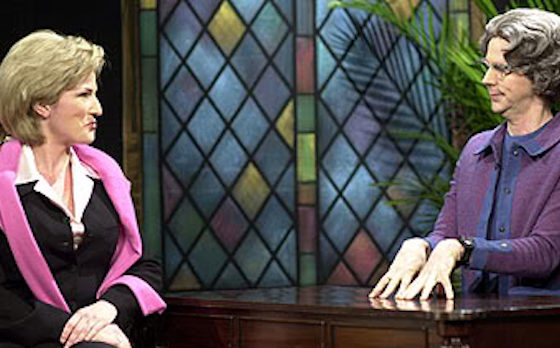 Are you afraid of going to confession? Have you done something and are embarrassed to tell the priest?
churchladyWell if you live near a Polish woman between the ages of 60 to 85 you might not even have to worry about going to confession at all. She will tell your sins to the priest for you anyway.

Confession is a process where you tell the priest the sins that you have committed and then you are given a penance that leads to forgiveness.

In the St. Cyril and Methodist Church located in Greenpoint Brooklyn there were some older Polish women parishioners that needed to be reminded of how confession works.

While it is still unclear when this misunderstanding started it was in 2008 that this issue was finally addressed for all of the parishioners to hear.

Every Christmas and Easter season when most Catholics go to confess their sins to purify themselves for the holidays, the older Polish women go for a somewhat different reason. They confess everyone else’s sins instead of their own.

There are two lines for confession. One line was for those that were more comfortable confessing in Polish and one for those that preferred to in English.

While I was waiting on the English line I was looking over at the Polish line and saw a woman in her 60s go in and come out 15 minutes later and the next one went in. When it was my turn to go on my line I came out in five minutes and noticed that the woman that went in after the previous one was still there and continued to be for 10 more minutes!

I had to continue and observe this trend. The English line was moving every 2 to 3 minutes while the Polish one stood still and only moved every 10 to 15 minutes.

My curiosity made me walk closer to the door where the Polish confessions were heard. I pretended to only want to be there to light some candles while my ears listened in. The lady inside was talking about how her daughter had a child out of wedlock and ruined her life. Then she talked about how her neighbor didn’t go to church every Sunday.

This kind of thing had not occurred only once. A year later around the same time when I was in Mass the priest that was giving the homily cut it unusually short.

He then said that now was the time for confession. “When you go to confession remember you must confess YOUR sins, not your neighbors’ not your daughters’ or your sons-in-law, but YOUR sins.”

The priest had to tell a congregation mostly composed of older hard-core Polish Catholics how to act when they go to confession. There can be two reasons for their behavior; they are actually ashamed of whatever sins they have committed, being that they are so God-fearing or they might actually think that they are not capable of sin.

But these women fail to realize one thing; they are actually committing more sins by going on to tell the priest about other peoples business.