Improv Show taken over by The Troupers: preview

Home /Entertainment, News/Improv Show taken over by The Troupers: preview 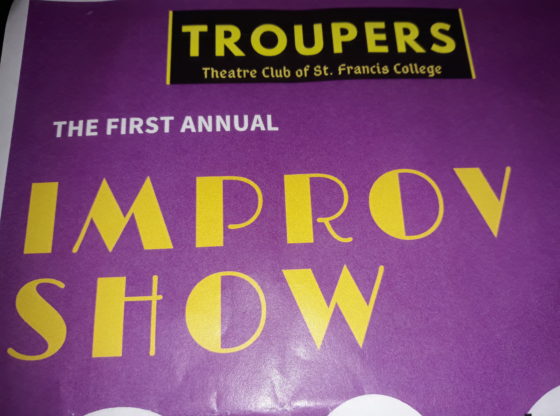 This time, the show will not only consist of students who performed already, but students who didn’t get a chance to participate.

“It is going to be a very relaxed show. I wanted to have the show this Friday because I wanted to do something fun before spring break.” Vice President, Jenny Sellitto said.

Although the show will not be in a team setup like last Thursday, new games will be included in edition to the regular ones.

Even though the Troupers usually have one play a semester along with the show One Acts, Sellitto wanted more performance opportunities. The Improv show was just one of them.

Sellitto sees the show as a fun learning experience that teaches students the basic communication skills for the future.

“It is also a great team building exercise because you really have to trust the people you are on stage with.” Sellitto said.

“I have one friend who did the improv boot camp without any performing experience prior, and he was very nervous. But after…he ran over to me and told me it was one of the most fun times of his life.” She said.

With this show she hopes that many students will be inspired and transformed to act in their future lives.