IMMY HUMES SHOWCASES HER FATHER’S LIFE IN THE DOCUMENTARY DOC 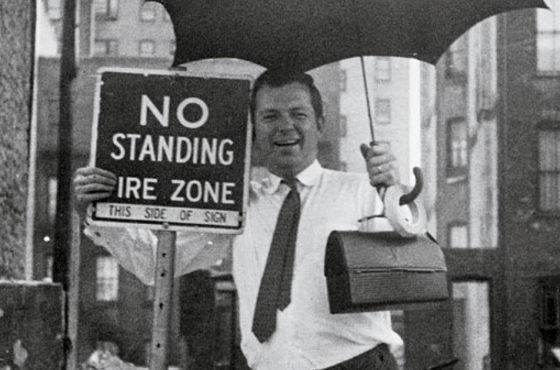 The film is about her father H.L. Humes, also known as “Doc,” as an author, counter cultural icon and one of the founding editors of The Paris Review.

Humes, who has been making documentaries for over twenty years, was very excited to see a diverse audience.

This point she was making would later be clear upon viewing the film.

The film takes you through the life of “Doc” as he deals with his burden of creativity, drug addictions, family issues, and mental illness.

Humes calls this type of film “Daddy documentaries” because of filmmakers whose fathers were witnesses to the major culture shifts from the 60’s to the 90’s.

Humes says she did it because she really wanted to learn more about her father that she wasn’t able to know because of his erratic behavior.

She described Doc as a strange writer who didn’t write.

“I think what drove me is I grew up with a very strange father. He was very hard to explain to people. It was impossible to explain him to anyone. That’s why I made the film to explain him, show people who he was. For better or for worse, but there was always better than worse. To explain the guy who couldn’t be explained. Some would say he’s a genius,” Humes explains.

The film follows H.L. Humes through his early life, including where he got the nickname Doc, to his life in Paris, France where he did most of his writing.

“It’s a life and times. It’s a biography. It’s also about the times he lived in,” explains Humes.

He produced two books in his life “The Underground City” and “Men Die.”

With his connections to the world of literature, he was heavily involved in the creation of “The Paris Review.”
Immy Humes’ film “DOC” shows her father in a number of different ways.

It’s understandable that his friends and colleagues would say he’s a genius, his intellect shines through the drug addiction and mental illness to show you a man who was way ahead of his time.