If you’re searching for a film to watch…

Home /Entertainment/If you’re searching for a film to watch… 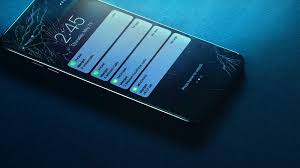 “Searching” is one of the best movies I’ve seen in the past five years. This cyber thriller is a killer roller coaster ride, full of suspenseful twists and turns. It also reminds me of how much digital footprint we are leaving behind these days.

The editing and music are incredibly on point. The story-telling from the perspectives of iPhone and computer screens is smooth and engaging. The length of 1h42m is just right for a thrilling storyline.

“Searching” is the first Hollywood thriller led by an Asian-American actor (John Cho) and the majority of the main cast are also Asian. This movie, however, does not play up the Asian-Americanness or Asian stereotypes. You can easily visualize the lead male character being of any other race and the plot still makes perfect sense. I have never seen any work of John Cho before, but his performance in this movie is nothing short of terrific.

The “hide from search results” function of the MacBook featured in the movie is made up. The family history montage in the beginning of the movie is poignant, which is probably a tribute to the opening of “Up.”

All the greatness lies in the little details that foreshadow the ultimate revelation. I didn’t catch quite many of those Easter eggs, but it was satisfying to see how much care was put into the film.

“Searching” is good to great in every aspect. 9/10. Highly recommended!