I HAVE A CONFESSION TO MAKE… I’M A GLEEK 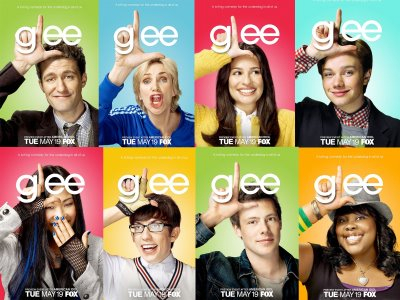 Fox’s new Wednesday night comedy show, Glee, has taken its viewers by storm, including most of the St Francis College student body.

At St Francis College many students are fans of the show, “ I started watching the show the day the pilot aired. I watched it because I’m a fan of Leah Michelle and was curious about the show. The show can relate to everyone,” said Glee fan Catherine Truskolawski.
SFC Trouper, Alexandra Tricamo, is also a fan of the show, “I love that it’s a musical and that it reminds me of my experience as a Trouper at St. Francis.”

Another fellow ‘gleek,’ (a.k.a. a fan of the show and wannabe Glee Club member) is Kellie Delgado, “The show has a wider diversity of cast members, from race to sexual orientation.”

“I love the songs and the remixes of them into acapella form, said Cammi Bird.” I am also a huge fan of Puck (the mohawk-wearing football jock turned singing fiend). He may be a douche sometimes but he brings humor to the table.”

Glee was created by Ryan Murphy, (the creator of Bravo’s Nip/Tuck) who was inspired by his experience as a lead actor in his high school plays. The script of Glee was intentionally planned to be filmed as a movie, but, Murphy believed the concept would work better as a series, and he was right. In each episode the Glee members cover and perform many popular songs ranging from Pop, R&B, Hip-Hop and even Broadway. Currently, the cast’s cover of rock band Journey’s ‘Don’t Stop Believin’, is number two on Itunes and is certified as double platinum.

Since the pilot aired there has been a huge following of ‘gleeks,’ not only in North America, but in Latin America, Australia, New Zealand, South Africa, Europe and some parts of Asia as well. Many of its viewers enjoy the show for its uniqueness and diversity.

The cast of Glee consists of Will Schuester, (Matthew Morrison) Spanish teacher and alumni of the Glee Club at McKinley High School. Schuester revives the Glee Club and dreams of restoring the club to its former glory, but he has Sue Sylvester (Jane Lynch), head coach of the ‘Cheerios’ chearleading squad, to worry about. Sue has such disdain for the club and no respect for any Glee member that she goes as far as saying, “Only someone with no self respect would join the Glee club.” Ouch, Sue. To balance out Sue’s determination to destroy the Glee Club, Emma Pillsbury (Jayma Mays) is the school’s sweet, germaphobic guidance counselor, who keeps her love for Schuester a secret, but supports him and his Glee members in any way possible.

The Glee club consists of misfit members of the student body: Rachel Berry (Lea Michele) the big ego, but vulnerable, talented star of the club; Finn Hudson, (Cory Monteith) the football quarter back with a voice of gold, who risks alienation from his friends and teammates for joining the Glee club; Mercedes Jones, (Amber Riley) the fashion conscious diva who despises singing back up; Kurt Hummel, (Chris Colfer) the fashionably flamboyant gay male soprano who is bullied by the football team; Tina Cohen-Chang, (Jenna Ushkowitz) an Asian American goth with a fake speech impediment; and Artie Abrams, a geeky, electric-guitar-playing paraplegic.

Since the beginning of the show other members have joined the club — putting their status quo aside and doing what they love most, singing. All in all, Glee gives us something to sing about.

GONNA LET THE ESCALATOR BRING US DOWN?
LIGHTS IN THE HEIGHTS