HOV BRINGS THE NBA TO THE BK

Home /Sports/HOV BRINGS THE NBA TO THE BK 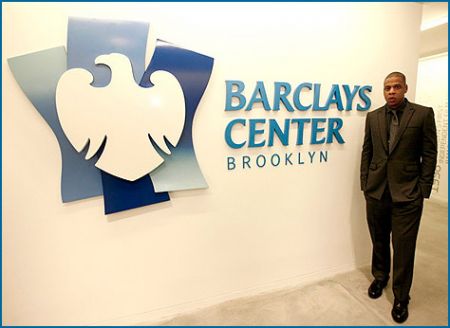 The Barclays Center, soon to be home of the Brooklyn Nets, will host a series of concerts to celebrate its opening on September 28, 2012.

Jay-Z said: “I’m going to open the building with a concert — or a couple of concerts, actually. It’s going to be more than about basketball, it’s an entertainment arena.”

The Brooklyn Nets will be the first team to play in their hometown since the days of Jackie Robinson and the Brooklyn Dodgers.

The 18,000 seat arena will host eight concerts when it opens on September 28, 2012, before the start of the NBA regular season.

Rumors have linked Beyonce and Kanye West as two of the many artists who will participate in the series of events celebrating the grand opening.

The Barclays Center will play an active part in the community creating a new atmosphere in downtown Brooklyn.

SFC student Sarah Hilaine said: “It’s going to be crowded around Atlantic Mall.” The Atlantic terminal and the neighborhood that surrounds the Barclays Center, is already one of the busiest urban intersections in Brooklyn today.

Others feel that the Barclays Center will be the highlight and pride of Brooklyn. SFC student Christopher Contreras said: “He’s [Jay-Z] the face of hip hop and he is promoting the Nets as his hometown team.”

Construction for the Barclays Center began on March 11, 2010 with the arena scheduled to make its grand opening just in time for the start of the Nets 2012-2013 basketball season.