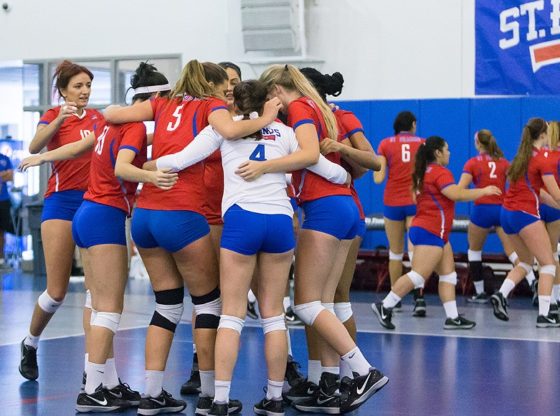 The Terriers have a good chance of winning, even though they are coming from a loss. The ladies fell 2-3 to the NJIT Highlanders Saturday, but are thriving in comparison to their opponent, who have not had a single win this season and have been shut out in nine out of ten matches.

Senior outside hitter Domenique Gerard has hit 9.5 percent for the Terriers, en route to 99 kills and 110 digs. Senior middle hitter Niehely Sosa has also made a major impact on the team, recording an 22.3 hitting percentage, 87 kills and 17 digs.

Junior outside hitter Aleksandra Gligoric has been an up-and-coming athlete at St. Francis College this fall, hitting 8.1 percent en route to 72 kills and 33 digs.

Another key player this season has been Angela Hudelson. The sophomore setter has hit 29.3 percent, recording 36 kills, 71 digs and a team-high 265 assists.

Hornets junior outside hitter Sabina Szmajduch has been her team’s strongest player, hitting 5.2 percent en route to 72 kills and 52 digs. Freshman outside hitter Sydney Armbrister has hit 1.7 percent, leading to 58 kills and 46 digs.

The match between the Terriers and Hornets will begin at 6 pm.