“Healthy” Fast Food: An Oxymoron or A Contemporary Phenomenon?

Home /News/“Healthy” Fast Food: An Oxymoron or A Contemporary Phenomenon? 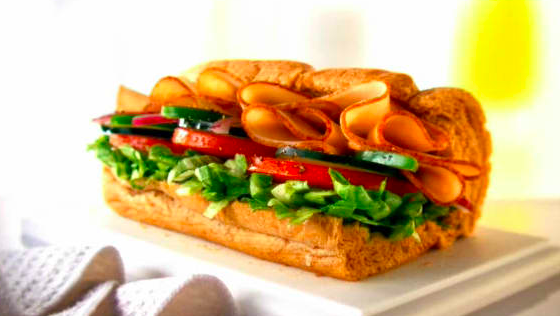 There’s certainly no shortage in the amount of fast food available in our society. With a fast food chain quite literally on every block, and the Centers for Disease Control & Prevention (CDC) releasing a report that more than a third of American adults eat fast food every day, it would appear that fast food is our primary source of food, and thus energy, which is ironic given the fact that such foods are known to make you feel tired and sluggish.

Fast food in its most stereotypical form of burgers & fries are the true embodiment of that weary feeling – that lifeless feeling that settles in after you’ve finished your Number Seven on the Deluxe Menu.

But what about those “healthy” options offered? Those salads, vegetarian wraps, and fish sandwiches branded as “good for you” – are they just that? Better yet, what about the fast food chains themselves that are viewed as healthy? Can a fast food chain be called healthy at all, given the nature of fast food is that which is assembled from already prepared ingredients, (usually frozen), made ready speedily, and is eaten and digested quickly? After all, a food whose only cooking instruction is to microwave for 8 minutes can’t be that nutritious, can it?

First, let’s take a look at the so-called “healthy” options some of America’s mainstream fast food restaurants offer. And what better place to start than with the poster boy of fast food itself: McDonald’s.

The Egg White Delight McMuffin is advertised as a protein-packed breakfast with “100% freshly grilled egg whites” and “lean Canadian bacon.” While the sandwich does contain roughly 16 grams of protein, it also contains an astounding 780 milligrams of sodium – that’s about 33% of the daily recommendation! And when you also look at the list of processed ingredients, namely American cheese, which is a man-made, processed food-like substance (that’s what makes it American), and enriched flour – a deceiving member of the ingredient list that appears healthy, but really is not.

Enriched flour is flour that has had it’s natural vitamins and minerals extracted to increase it’s shelf life – the amount of time it’s still considered fit for sale. When such nutrients, particularly the germ and the bran, are removed, the body absorbs this flour differently. The body breaks down enriched flour more quickly, which usually raises blood sugar quickly as well, and further represents a defining feature of fast food – quickly digestible.

On another note, Subway, which has urged along the slogan, “Eat Fresh” for many years, isn’t as healthy as it’s made out to be. For starters, having a foot long sandwich for lunch is never a healthy decision. That’s simply neglecting smart

portion size choices. Additionally, the lack of truly fresh ingredients has given Subway the reputation of trying to be something it’s not: a healthy food chain. Most Subway locations receive fresh produce once or twice a week, which has resulted in “mushy and rotten vegetables” being served on sandwiches.

Still, let’s take a close look at a Subway sandwich portrayed as “healthy” to see if it’s really living up to that standard. The Oven Roasted Chicken sub (standard 6”) looks like a clean, fresh sandwich to have as a healthy lunch. And with 22 grams of protein and only 4.5 grams of fat, it’s definitely appealing to the macronutrient-focused individual. However, sodium content is one again an issue as this sandwich is packing 570 milligrams.

Yet, I’d argue the bigger problem here is the long list of preservatives in the chicken, many of which are linked to diet-related illnesses, including various cancers. These scientifically engineered preservatives negate any nutrition this sandwich may have provided. The quality of ingredients is crucial in making a meal healthy!

Likewise, when you factor in the condiments people add, because the reality is most do, the sodium content consequently skyrockets again, and the consumer is now also eating numerous unhealthy, genetically modified oils such as soybean oil, as well as an extensive list of other preservatives.

Overall, since the very nature of fast food is, that which is mass-produced in an assembly-line fashion, it would be conflicting for fast food chains to utilize fresh, wholesome ingredients in their food, as doing so would compromise the “fast” in fast food and would decrease shelf life, both of which are big priorities for fast food chains.

Now that we’ve seen why fast food restaurants can hardly ever offer truly healthy options, it’s time we address fast food chains that are labeled healthy in their entirety. Common examples of these include Panera Bread & Chipotle among others. These two in particular have become very popular in America, and they are well liked due to the impression that they are fairly healthy.

Panera Bread & Chipotle are fast casual restaurants, in their offering more of a whole-some meal, consisting of more whole grains, vegetables, and lean proteins. As a result of this availability of better quality ingredients and the customization option, it is much easier for consumers to have a healthier meal.

However, claiming that Panera or Chipotle are healthy in their entirety would be a false statement. In both chains, many menu items are packing tons of sodium, and the sour cream and cheese many customers load up their burritos or bowls with at Chipotle, most definitely yields unhealthy results.

Thus, whether or not a meal from these two chains is truly healthy will rest entirely on the consumer. One can easily customize their order to be nutritious. However, that will likely involve straying away from certain enticing options such as savory, and might I add, sugar-loaded dressings and extra cheeses. And given the damage many of these do to our health, I’d say it’s worth it.

This holds true for other fast casual restaurants as well: where you can customize, you can have control! Sweetgreen is another fast casual restaurant quickly on the rise, offering many nutritious options. With the option to create your own bowl (or salad) with ingredients like wild rice, baby spinach, carrots, cucumbers, broccoli, sweet potatoes, mushrooms, and various protein sources, like chicken, steelhead, and falafel, Sweetgreen is offering healthy meals friendly to carnivores and devout vegans alike.

For these reasons, I’d actually go so far as to name Sweetgreen healthy. Also, given their growing popularity, due to people becoming more health conscious, we’re likely to see the expansion of Sweetgreen and other health-oriented, fast casual restaurants like it, which is good news. It signals a turning point away from the era of ultra-processed food we’ve been immersed in thus far, back to eating the whole foods we, as humans, we were meant to eat from the start.