HAVE YOURSELF A HAUNTED HALLOWEEN

Home /Entertainment/HAVE YOURSELF A HAUNTED HALLOWEEN 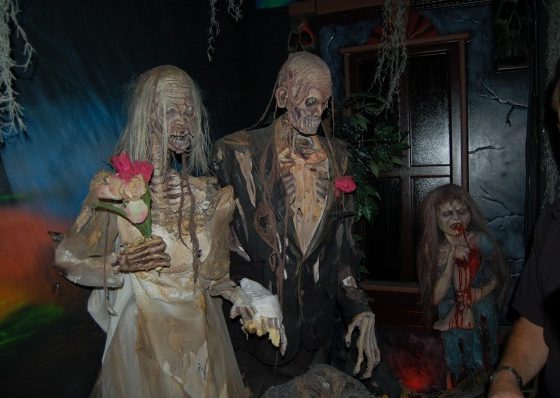 There are a number of affordable activities geared towards college students for Halloween weekend.

Blood Manor, New York City’s most famous haunted house, is located in SoHo and is one of the city’s most popular Halloween attractions.

Opening Friday, October 2, the 5,000-square-foot exhibition with various themed rooms includes gory scenes of violence and bloodshed that are not for the faint of heart. Admission is $35, but a $10 discount is offered with a student ID.

Nightmare Horror Show, also located in SoHo, is the city’s scariest theater festival and is opening October 7th for its inaugural season.

The show comes from the creators of Nightmare Haunted House, a New York City staple that is on its twelfth season. The new festival incorporates eight mini horror movies and features “production design […] that is rooted in grim realism,” according to the New York Times. The event is open until Halloween. Tickets cost as low as $25.

Another exciting event geared toward students is a three-story entertainment complex erected annually in Time Square—cleverly named Times Scare—which claims to be one of the most haunted in the nation. The structure also doubles as a cocktail lounge, so it’s perfect for anyone who wants to experience a Halloween scare or just have a few casual drinks. Student admission is only $27.

There are many lively events to attend on Halloween weekend, all of which are guaranteed to provide an affordable Halloween scare.