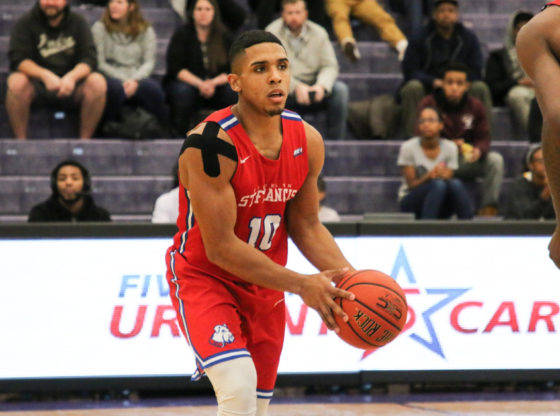 With 31 players scoring over 1,000 points as a St. Francis Terrier, the list seems to continue to grow after this past weekend. In a game against Niagara University the other day, Graduate guard Glenn Sanabria became the 32nd player in Men’s Basketball history to score at least 1,000 points in their career at St. Francis College.

The previous player from St. Francis College to score at least 1,000 points was recorded back in February of 2015 by Glenn’s former teammate Brent Jones (’15).

Sanabria started his career at St. Francis College back in 2014 after graduating from St. Peter’s Boys High School in Staten Island, NY. During his freshman campaign, Sanabria finished off that season averaging 6.0 points per game (169 total points) in under 25 minutes played.

After graduating college earlier this year, Sanabria decided to return to St. Francis for a 5th year as a Graduate Student.

Sanabria is currently the second leading scorer on the team as he is averaging 11.3 points per game with only six games played into the season.

Glenn made his 1,000 career point yesterday against Niagara University with 3:56 left to go in the first half of the game. Glenn finished with 18 points that game as he now has a total of 1,010 points in his career.