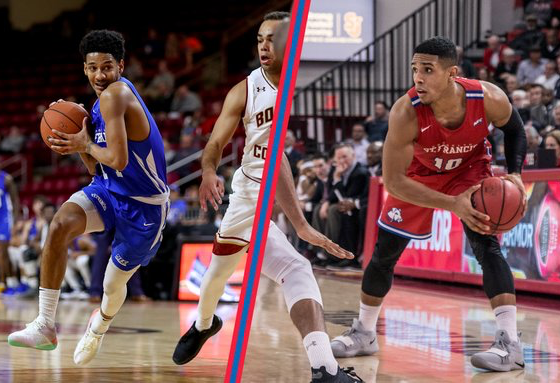 Glenn, playing his fifth year and being a captain at SFC has earned his rights to be named on the All-NEC third team after averaging 12.4 points, 3.2 rebounds, and 2.5 assists per game. During this season, he also became the 31stplayer in St. Francis men’s basketball history to reach 1,000 career points back on November 24thin a game against Niagara University. He currently holds 1,327 points in his career at St. Francis.

Jalen Jordan on the other hand, was the leading scorer for the St. Francis men’s basketball team as he averaged a total of 15.3 points per game. With only his second year in the books, he was able to capture his career high in points this season (28) which was recorded January 19th, 2019 against Sacred Heart University.

Jalen started every single game this season while averaging 31.6 minutes per game. He was able to score at least 20+ points in at least eight games played out of 31. Jordan is tied with his teammate, Glenn Sanabria, in free-throw percentage (80%) this season. As a second year player, Jordan is only 182 points shy from reaching his 1,000 career point as a St. Francis Terrier.

Congratulations on these accolades and may they bring more success to this season and to this program. Be on the lookout as the St. Francis men’s basketball team plays their first NEC playoff game tomorrow, March 6th, 2019, against Robert Morris University at 7:00pm.