GILMORE GIRLS REVIVAL IS A GO 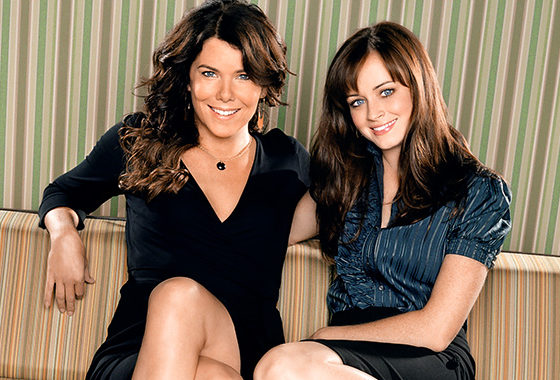 It was announced on Monday, October 19 that Netflix will air a limited revival of the classic comedy-drama series Gilmore Girls.

The show originally aired for on the CW from 2000-2007, and all of the seasons are currently available on Netflix. With this revival there will be an additional four, ninety-minute episodes. The new episodes will bring viewers back into Stars Hollow with the beloved mother-daughter duo Lorelai and Rory Gilmore, played by Lauren Graham and Alexis Bledel respectively, and all of their friends.

Amy Sherman-Palladino, the creator of Gilmore Girls, will be back for the revival. This is refreshing for all Gilmore Girls fans to hear, as she sadly was not apart of the seventh and final season of the show.

On Tuesday, October 20, actor Yanic Truesdale spoke to Entertainment Weekly about the revival. Truesdale played Michel Gerard, Lorelai’s sarcastic and opinionated colleague on the series. He said he had heard rumors of the revival and is definitely interested, but has not been contacted by Sherman-Palladino. “I’m very aware that the show is still very popular and relevant,” Truesdale told EW, “Ever since it’s been on Netflix, it feels like the show just started all over again.”

Fans are hoping the revival will tie up all loose ends that were left open when the series ended. The finale left many questions unanswered regarding Lorelai’s relationship with Luke, Rory’s career as a journalist, and how Lorelai is coping with the death of her father Richard, who died late in the series.

There is no set date in which the long-awaited adendum to the series will hit Netflix, but dedicated fans are hoping it’s soon.

BOORITO NIGHT IS BACK AT CHIPOTLE!
KATZ’S DELI TO OPEN IN BROOKLYN