Getting to know Victor Cruz 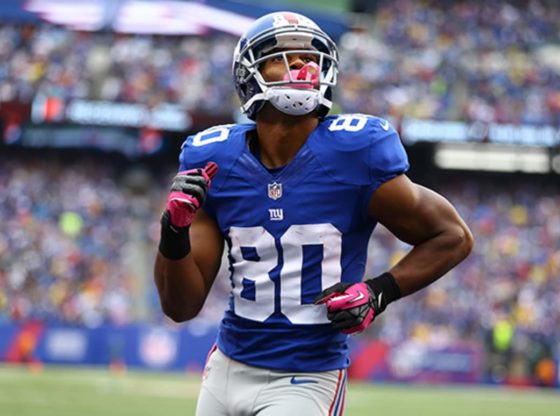 Kind, caring, and sweet are just a few words that describe Victor Cruz. Although extremely talented on the field, what makes him a true star is his giving nature and generous demeanor. Cruz, born in Paterson, New Jersey faced many difficulties in his life. However, instead of letting his setbacks overcome him, Cruz rose above the adversity and used it to create change and spread positivity. Cruz unlike many other individuals donates not just his money to various charities, but lends his time as well. A member of the Boys and Girls Club of America himself as a youth, Cruz consistently visits the kids and actively participates in the events they hold. In 2012, Cruz embarked on his own philanthropic venture, establishing the Victor Cruz Foundation.

Victor’s foundation aims to assist children and young adults with the skills essential to achieving success in college and beyond. Maybe signing an autograph isn’t as valuable as the work his foundation does, but it certainly makes people happy including myself.

Being at training camp each year, I have watched him interact with fans including myself. July 22nd, 2014 was a day I will never forget as long as I live. After a long, arduous day of practice, Cruz among other receivers came out to sign autographs for children twelve and under. Immediately, his kindness shined through. Cruz went above and beyond what was expected of him. Instead of just signing a few autographs and retreating back to the training center despite prior obligations, Cruz made sure each and every single child had an autograph and posed for pictures with as many as he could. Despite fatigue and the incessant heat, Cruz’s smile remained on his face. Although it was clear from afar that Cruz was a sweetheart, it wasn’t until he reached me that I fully realized just how special and one of a kind he truly is. Overcome with extreme elation, my emotions got the best of me and I broke down in tears of euphoria that I was meeting the man I idolized since his breakout rookie season in 2010. Instead of signing my item and moving on to the next individual, Cruz remained by my side in order to ensure that I was okay and consoled me, saying “It’s alright, it’s okay, calm down, take it easy”. As if that wasn’t kind enough, Cruz patted my head, hugged me, posed for a picture, signed my jersey, and personally autographed my book.

He surpassed my expectations and I hold the utmost respect for him, as I always have and always will. On a scale of 1-10, Cruz’s personality is an 80.

When Halloween rolls around, most individuals choose to be fictional superheroes with superpowers and there is absolutely nothing wrong with that. For instance, Wonder Woman does play a pivotal role in inspiring and empowering young women everywhere. However, if I were to go to a Halloween costume party this year, I wouldn’t go dressed as Superman or Batman or Wonder Woman, but rather as a real life hero: Victor Cruz.

Victor Cruz is an inspiration to individuals of all ages. Cruz has used his experiences to better not only himself, but the greater community. Cruz has not only made a large impact on the field, but has done amazing work off the field as well. Cruz may score touchdowns and whip out salsas with ease, but it’s his kindness and sweet demeanor that make him a true talent. Cruz not only donates money to various organizations, but also gives his time and dedication. Cruz uses his words and actions to show us that if we persevere, work hard and believe we too can turn our triumphs into success. One does not have to know anything about football or care about Cruz, but can certainly glean something important by listening to his story and apply it to their own lives. Cruz may score points on the field, but he definitely scores fans and supporters with each philanthropic venture: small to large. For this reason and many others, I choose Cruz as my Halloween costume.

Cruz began my love for the game of football and I will be forever grateful for that. He is my absolute favorite player and I’ll tell you why. I admire him and he has inspired me. His road to the NFL was far from easy, as he had to ordeal many struggles such as living in the rough neighborhood of Paterson, New Jersey and growing up in a single parent household. The difficulty he faced while in college, both academically (he was on academic probation) and personally (he lost those close to him and ended important relationships) simply fueled him and made him become a more hardworking, determined individual. Although, undrafted he persevered and tried out for the New York Giants and excelled in his rookie season and went to numerous Pro Bowls and ultimately the Super Bowl. With all he has endured, he has still managed to make a success out of his triumphs and become a great person both on and off the field. Knowing how it felt to grow up where everyday was a different hardship, Cruz vowed to make life easier for kids in his neighborhood and beyond by donating not only his money, but his time to various charities and organizations, even creating his own the Victor Cruz Foundation. It’s the work that Cruz does on the field that gets him the stats, the trophies, and the acclamation, but what he does off the field is what truly sets him apart from the rest. I fell in love with Cruz the player, but adore Cruz the man.

He honestly is the nicest guy you want to meet and I hold the utmost respect and love for him and always will. Cruz is a true victor in my eyes.