From São Paulo to Brooklyn Heights 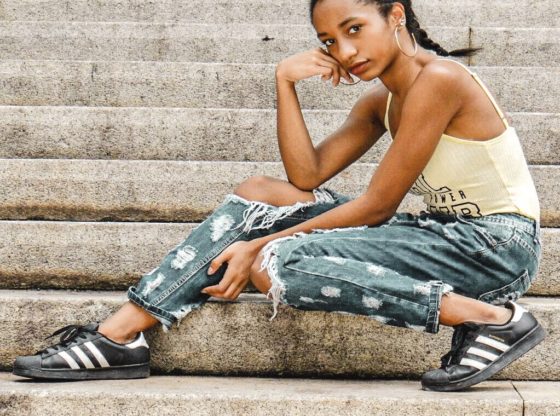 She grew up in the city of São Paulo, “which is extremely similar to New York. [Fast-paced], busy, urban, huge.

“On the other hand, [the] culture is extremely different, so it was a kind of a shock to me moving abroad.”

Growing up in Brazil mean that she was always around family,

“We’re the kind of people who never wants to let go of that, you know? Parents are overprotective, definitely. It also means seeing a lot of low-income people who have barely any opportunity in life.

“The most interesting part is that, despite this fact, Brazilians are always smiling, laughing, and having fun. It does not matter how hard life gets. We’re also pretty friendly with everyone – neighbors to strangers – so I grew up around lots of people!”

Gabriella had to adjust to life in NYC, but thankfully there was no language barrier as she learned English in school.

“I [attended] a public facility, [and they had] English as a mandatory language… I also took extra [English] courses.”

Her work ethic paid off, as she is not only doing well academically but also involved on campus at SFC.

“SFC has an amazing diversity in the campus, which I love. Race in Brazil is something so mixed and diverse, I was afraid I wasn’t going to find that in the United States which is a pretty divided country. However, SFC made me feel [at] home!”

Gabriella is “extremely passionate about communication” and one of her goals is to “find something in a magazine or newspaper to work with.”