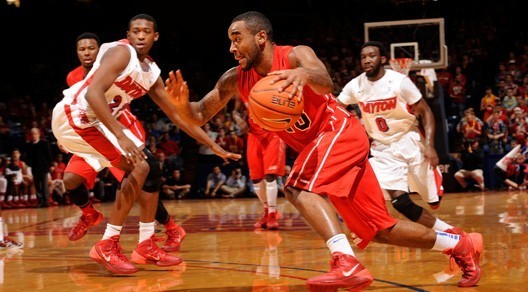 Men’s Basketball: The Terriers make it three in a row knocking off the Red Flash 78-52.

Final: After a slow start for the Terriers, they were able to put together a fantastic second half performance and defeat the Red Flash

The man of the night for the Terriers was Freshman guard Sheldon Hagigal who put the team on his back in the first half of this one and ended up tying his career high with 23 points this evening on 9-11 shooting. Hagigal was unstoppable all night long for the Terriers, he was able to take the ball to the basket with strength and knock down the three ball with ease.

“I feel a real big progression since the beginning of the year with just my confidence and my teammates and coaches confidence in me.” Sheldon Hagigal on his play this evening.

On a night where the big guys such as Junior forward Jalen Cannon, Senior guard Ben Mockford and Junior guard Brent Jones did not have their best of games, it was pivotal for the rest of the team to pick up the slack. Hagigal being the main man on this night, but this really was a team victory.

We have seen flashes of this outstanding play from Hagigal a handful of times this season, but tonight’s performance may have been the best one yet as he seemed to do what ever he wanted on the court. His was able to shake the defense with a killer crossover move multiple times tonight.

“He did a great job, he played in control he picked his spots, they couldn’t keep him in front of them.” Coach Braica on the play of Freshman guard Sheldon Hagigal.

If the Terriers can get this kind of production from Hagigal down the stretch they will be a scary team to face, due to the fact that they have a number of different guys that can beat you on any given night.

Junior forward Kevin Douglas came off the bench and played some quality minutes this evening. He scored 9 points on 4-5 shooting, 2 of his 9 points came on an infatic dunk that shook the gym early in the second half. Douglas came down the lane, cocked back with his left hand and rocked the rim.

Senior guard Ben Mockford got off to a slow start in this one, but was eventually able to find the touch. He was creating off the dribble and taking the ball to the basket oppose to pulling up from three. Mockford finished with 12 points on 5-11 shooting.

Junior forward Jalen Cannon had a quiet game, but then again he is only human. Cannon scored 7 points and grabbed 3 rebounds, he only played 18 minutes due to the fact the Terriers were able to grab a huge lead in the second half.

No one on the Red Flash side was able to get anything going tonight. Their leading scorer Junior forward Earl Brown had a rough night scoring only 8 points. He was bottled up all night by the Terriers great interior defense, guys like Freshman forward Wayne Martin and Sophomore forward Amdy Fall made it difficult for anyone to do anything from inside.

With tonight’s victory the Terriers improve to (15-9, 6-3 NEC) on the season. Every game is going to be crucial going forward since they will all have some sort of implication on the NEC postseason.

The Terriers are back in action on Saturday February 8th, where they will take on the first place Robert Morris Colonials. This will be a huge game for the Terriers and a huge chance for them to gain a game in the standings.

Halftime: The Terriers starters got off to a slow start here in the first half, as they fell behind early in this affair. They looked sloppy turning the ball over and seemed to have lost the offensive continuity that they have had of the past several games.

That all changed once Freshman guard Sheldon Hagigal checked into the game. Hagigal came in and gave the Terriers a much needed boost of offense. He finished the first half scoring a game high 14 points on 5-7 shooting from the field.

He brought a spark that the Terriers needed, at one point he scored 10 consecutive points for the Terriers. Hagigal was able to do it from inside and out. He took the ball to the basket with some impressive drives and knocked down 2 of 3, three pointers.

Junior forward Jalen Cannon only scored 4 points on 1-5 shooting, and Senior guard Ben Mockford has scored 2 points on 1-6 shooting. These two guys are the Terriers leading scorers, so with them going quiet in the first half they desperately needed someone to step up in a big way and they got that from Sheldon Hagigal.

Other then Hagigal the Terriers have lacked offense, no one has been able to get anything going what so ever. They have turned the ball over a total of 9 times as a team, which is not a good sign at all.

Usually after such a poor offensive performance they would be trail, but not on this night as the Red Flash has struggled getting going as well.

Other then a few back door plays where they were able to convert easy layups, the Red Flash have not been able to get anything going at all. They have turned the ball over 9 times as well, which has been a testimony to the Terriers defense which has been so good all season long.

Their leading scorer was Forward Ronnie Drinnon who scored 5 points on 2-2 shooting and has grabbed 4 rebounds.

The Terriers need to get their main guys going if they want to come out with the win tonight, if they don’t look for Hagigal to carry the load once again.