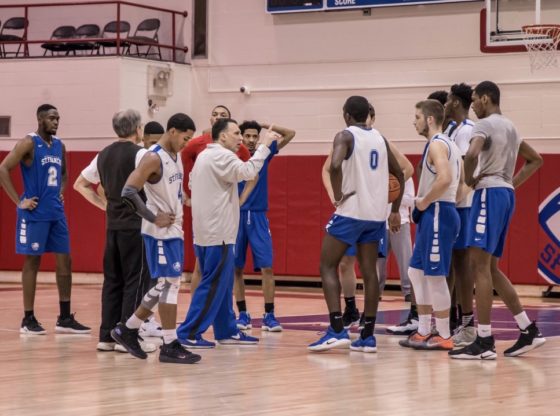 Playoff season is underway for St. Francis Terriers Men’s basketball as they head over to Moon Township, PA Wednesday night to face Robert Morris at 7 p.m.

Coming into their first postseason game of the season, the Terriers stand as the number 4 seed; Robert Morris is cited as the 5th seed.

Leaving a bad taste in the Terriers’ mouths, Robert Morris defeated the Terriers 66-63 in a Championship game 4 years ago to claim the 2015 NEC tournament to advance into the NCAA tournament.

This game now marks the 8th time in 9 seasons that the Terriers have qualified for the NEC tournament under coach Glenn Braica. The Terriers are 12-29 all time in the NEC-Tournament, only competing three times in the NEC Championship round.

The Terriers are 30-48 all-time against Robert Morris, and Wednesday’s game will determine which team will advance to the next round.