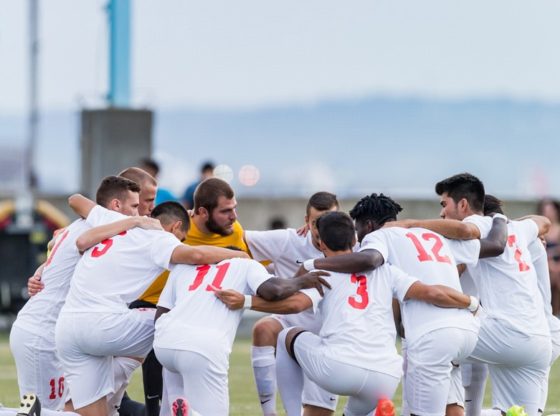 Freshman defender Faouzi Taieb scored the first goal of his collegiate career and senior forward Yussuf Olajide scored his first of the season for the St. Francis Brooklyn Terriers men’s soccer team in their defeat over the NJIT Highlanders.

The Terriers achieved their second season victory Wednesday night when they defeated the Highlanders 2-1 in double overtime.

Highlanders freshman forward Mamadou Guirassy scored the first goal of the match in the 12th minute.

It wasn’t until the 66th minute that the Terriers tied the match. Taieb recorded the first goal of his collegiate career, with an assist from senior midfielder Salvatore Barone.

For the remaining 24 minutes, the two teams moved up and down the field trying to make a tiebreaking shot, but wound up going into double overtime.

Olajide scored the Terriers’ second goal during the 103rd minute, with an assist from senior defender Fabian Suele.

The Terriers made 2-for-6 shots and the Highlanders made 1-for-11.

The Terriers will host the Army Mules Sunday for Military Appreciation Day. The match will begin at 1 pm at Brooklyn Bridge Park-Pier 5.

AN EASY WIN FOR THE TERRIERS?
TERRIERS SOCCER TO HOST NJIT