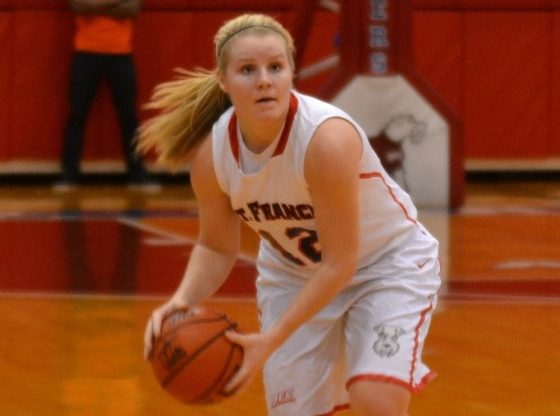 Womens Basketball: This Monday evening March 3rd at 7pm, the St. Francis Women’s Basketball team is set to host the LIU-Brooklyn Blackbirds, the 21st annual Battle of the Brooklyn series to close the season out aiming to conclude a successful home-stand as well as earning their 19th win of the season.

In the last meeting, the Terriers defeated the Blackbirds 69-48 at the Barclays Center on January 11th. Two players scored in double figures including Junior Guard Eilidh Simpson who posted a team high 17 points along with Sophomore Guard Leah Fechko adding 12.

LIU have clinched a tournament berth as the 8th seed, as they enter the season finale with a regular season overall record of 9-19 going 7-10 in the NEC Conference.

With LIU experiencing an inconsistent season which entails an 0-8 start and the Terriers obtaining a loss in their last matchup against Bryant University 58-63, expect both teams to trade blows, strategize, prepare and play as if the NEC Conference tournament has already started.

There is no time to rest.

The real season has just begun.

Like every other team within the NEC Conference you play for what you earn and the Terriers have subjected themselves to only having the opportunity to advance to the 4th seed.

For that to happen, the Terriers must take care of home court and pray on the downfalls of either Bryant vs. Central Connecticut State University and Fairleigh Dickinson University vs. Sacred Heart University, both games tipping off at 7pm.

Once the tournament begins, seeding’s won’t matter as much as the hardwood will determine who will be victorious and if that’s the case, the Terriers have a shot to capture the crown.