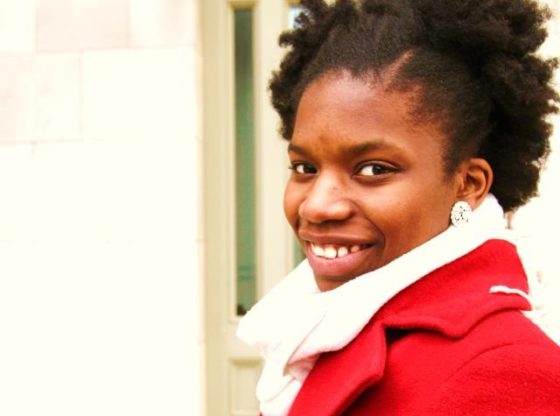 After serving as a senator throughout her first three years at St. Francis College, junior Anne Edouard is taking the next step in the Student Government Association.

Edouard is running for president of the SGA and looks to replace incumbent Kepler Auguste, who is graduating in May.

If elected president, Edouard, a communications major with a minor in business, has one goal in mind: encourage all student to become natural leaders.

“It doesn’t take a position, any position, in the school to get stuff done,” said Edouard.

Edouard will be opposed by Sara Sooy. Despite their desire for the same position, both Edouard and Sooy are friends and will be happy with either result in the election.

“Even if I do lose, it doesn’t matter because my opponent is also a phenomenal woman and SFC will be in good hands next year when it comes to the executive board,” said Edouard.

Edouard has developed a four-level plan that addresses all students in the school and a way to improve life for each level in the school. The groups are broken into: students, career, sports and clubs and Edouard already has a plan to improve each position.

For careers, Edouard wants to help bridge the gap for students who are having difficulty finding a job. Edouard has proposed a plan that would bring in both professionals and alumni to come speak to the school in a panel discussion. The panel would be relevant to different majors in the school and discuss several topics such as work life and advice for students to help them find a job.

Edouard also wants to make St. Francis College more student-friendly. Currently, Acquista’s, the school’s student cafeteria, closes at 6 p.m., leaving those who take late classes at the school stuck looking for a meal in the neighborhood, which can become costly. Edouard wants to provide dinner for students, much like the SGA does with breakfast on Wednesdays during the semester.

In the sports department, Edouard would like ot be able to mix both athletics as well as communications majors in a new way. After noticing that there is little advertising done on behalf of the school for athletic events, Edouard has proposed that students create advertisements for athletic events, which would be promoted in the school. Specifically, Edouard has suggested that the students record their own “commercials” which would air on the televisions across campus. These advertisements would also help create another piece of work for a student’s profile.

Edouard has also sensed a lack of participation in clubs across the school. To encourage extracurricular activities, Edouard has proposed that on the first Friday of every month, clubs partake in a club night, which would allow students to see what clubs are available in the school and what they have accomplished during the semester.

“It’s like a networking mixer that we would have the first Friday of every month,” said Edouard.

Edouard would also like to see the SGA become more interactive with the students that they represent.

“Although I do feel they made a great effort, I would definitely consider a lot of student’s current situations,” said Edouard.

Though Edouard is an idealist, she is not self-centered. Edouard wants a team-focused SGA, all of which are striving for the same goal – to improve life for the students at St. Francis College.

Both Edouard and Sooy will participate in a debate on Thursday, April 25 during activity hour in the McArdle Student Center.