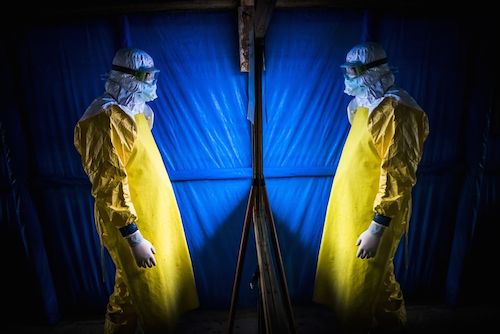 The World Health Organization announced that Nigeria is officially free of the Ebola virus on October 20.

According to the LA Times, Nigeria has not not experience any new cases of the virus for over 42 days, which is double the incubation time of 21 days for Nigeria. If the virus is a no show for 21 days, the outbreak can be considered under control; 42 days without new cases of Ebola essentially means the outbreak is over.

The Center for Disease Control epidemiologist Dr. Barbara Knust stated, “That’s how the World Health Organization determines that an outbreak is over and that there’s no more human to human transmission… but even then it’s important for all countries to be vigilant, because there’s still ongoing transmission in the heavily affected countries.”

The West African countries of Ghana, Sierra Leone, and Liberia continue to be a hotspot for the virus, and unlike Nigeria, were not successful in controlling the spread of the virus.

This was a critical success for the Nigeria considering its large population of 170 million and the fact that it is an extremely mobile country. Had Nigeria not control the disease, an outbreak of Ebola could have entrenched West Africa for years to come.

Nigeria’s success in preventing the spread can be traced back to July 2014 when it received its first case of the virus. According to the LA Times, “A Liberian American named Patrick Sawyer collapsed in the nation’s capital of Lagos, upon arriving from a flight from Liberia, where his sister had just died from Ebola”.

The Telegraph stated that Sawyer felt ill and knew that he could likely have Ebola, but instead chose to believe that he had a bad case of Malaria. After being brought to a private clinic, Dr. Stella Adadevoh suspected that Sawyer contracted Ebola while in Liberia and insisted that he wouldn’t be released, which helped prevent the virus from rampaging in the megacity Lagos.

Adadevoh ended up being one of the eight people who died due to direct contact with Sawyer, who also died.

According to the CDC, “Lagos is Africa’s largest city and is also a transit hub for the region with air, land and sea ports of entry.”

Nigeria’s handling the deadly virus serves as a beacon of hope in the fight against Ebola. The virus is passed through bodily fluids such as saliva, urine, blood and vomit.