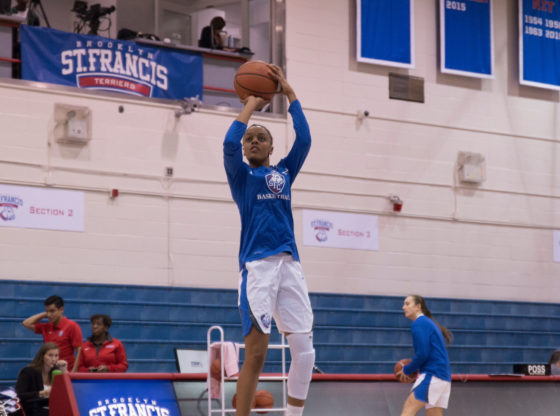 What a great way to end the year for SFC Women’s basketball Grad Student Dominique Ward as she matched her career highs in many categories during their recent game against Stony Brook University.

On December 30, SFC Women’s basketball team played against SBU — their final game of 2018 and final game of non-conference matchups.

With the start of the new year and with conference games right around the corner, Dominique Ward and the rest of the Women’s basketball team at St. Francis College will continue on working hard throughout the remainder of the season.

Their first conference game will be played this Saturday, January 5th, 2019 at home against the Wagner Seahawks. Best of luck to the Terriers