DIVERSITY IS KEY AT SFC

Home /News/DIVERSITY IS KEY AT SFC 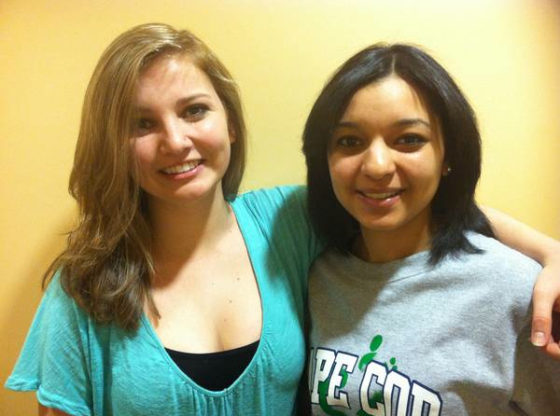 SFC may be in the heart of Brooklyn but many of its students are from all over the world.

Although a large number of students commute, there are plenty of others that travelled thousands of miles to become part of the SFC family, coming from countries such as Serbia, Greece, Sweden, and Hungary.

New York has been deemed one of the greatest cities in the world which may have had a big impact on why students chose our school, but there are other reasons as well. Rachel DeFluri from Troy, Michigan might have picked our school because it’s in the Big Apple but now she will never turn back.

DeFluri said, “I always wanted to live in the city after coming for the first time in seventh grade. At first I missed home but I fell in love with Brooklyn and I couldn’t imagine myself anywhere else.” With no relatives nearby, coming to New York was a spontaneous move that DeFluri does not regret.

DeFluri added, “I was surprised coming to New York to find out that so many people are close-minded.” Coming from a complete opposite social setting, being raised in suburbia, brought DeFluri here with an open mind. She soon learned how New Yorkers act, and brushed up on her sense of direction with the subway system so she could fit in as soon as possible.

Demi Wood and Naomi Arciniega adjusted to the fast paced New York lifestyle with the help of one another. Wood, coming from Scottsdale, Arizona, explained that although it takes her seven hours to get home, she returns home twice a month.

Her mother is a flight attendant, which makes her traveling affordable. Although Wood may miss her home in Arizona she has the comfort of knowing she can go home whenever she wants. When asked about what she brings to SFC as an out-of-state student, Wood answered, “Charisma. It’s different, people are mean here.”

Back home I can leave my doors unlocked, the garage open, and my phone on my desk at school and not have to worry about anyone taking it.” Quickly adjusting to the New York attitude, Wood has a bit of advice for others looking to go away for school. She stressed the importance of following one’s dreams, and with her roommate at her side she feels right at home.

Naomi Arciniega, from Rocky Hill, Connecticut, loves the city life. Having family in Queens and the Bronx, she has the comfort of family close by and can easily go home if she wants.

Arciniega explained that living in New York is very different from the Connecticut life style she is used to. Arciniega said, “Back home everything closes at nine o’clock. Here I can go out whenever I want.” Having the freedom of any college student in New York, Arciniega is adjusting well to the New York minute by learning her way around and having her roommate, Wood, to rely on.

Moving all the way from Las Vegas, Nevada, Zach Chyz, brings his laid back style to the East Coast. When deciding what school he would attend, Chyz was drawn to New York because he believes it is one of the greatest cities in the world.

Chyz chose SFC because he believed he would perform better in a smaller learning environment.

Currently a member of the SFC Golf Team, Chyz didn’t know anyone when he moved to Brooklyn but is now well accustomed to the New York ways. “I feel I bring diversity and personality to our school. People in New York are uptight but on the West Coast we’re all laid back,” Chyz said.

Chyz also explained that he has learned a lot about time management. “You really have to keep up with it all and learn how to manage everything you have to do. No matter where you come from, New York City is a one-of-a-kind place. With the expression ‘New York Minute’ it really is fast paced and the new comers need to learn how to be quick on their feet.”

Most out of state students you hear about are from nearby states such as New Jersey, but some are farther south.

Shay Dukes comes all the way from Snellville, Georgia, and currently lives with her sister. “I figured I’d try something new,” said Dukes. When asked what qualities she brings to SFC, Dukes said, “My southern hospitality.” Although Dukes misses home a lot, she doesn’t return home very often and won’t be going home again for a few months.

SFC has received her warm southern charm and she doesn’t go unnoticed as her accent isn’t the typical Brooklyn accent we hear everyday.

Whether its from the West Coast, Mid West, down South, a few hours away, or just at the other side of Brooklyn, all our students bring something different to SFC. Being known for its diversity St. Francis is the place to come for the comfortable setting with such a large array of students.

Although SFC is a commuter campus, there are plenty of students that took the chance to try something new.