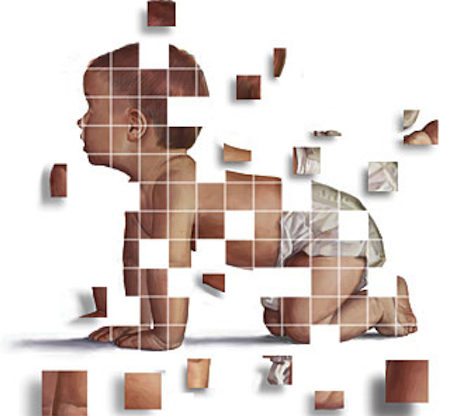 Imagine the future and think about your first child. What will he or she look like? What if you were told you could design your own baby?

There are ways for parents to choose their unborn child’s sex, physical appearance, or character traits. The Oxford Dictionary defines the term Designer Babies as “a baby whose genetic makeup has been artificially selected by genetic engineering combined with in vitro fertilization to ensure the presence or absence of particular genes or characteristics.”

Whether this is an ethical or non-ethical technological discovery, is up to both the public and scientific debate. However, as with every discovery, it has its advantages and disadvantages. Some advantages include PGD (pre-implantation genetic diagnosis); a form of testing that allows genetic engineering to foresee and prevent life threatening and incurable diseases like Cancer, Alzheimer’s disease, even HIV/AIDS, and any individual mutations.

In addition, it also increases the average life span to 100-150 years. By doing so, a person is almost guaranteed a longer, healthier life, free from disease and disorder. These technological advances may even go as far as slowing down or reversing cellular metabolism allowing for future children to remain younger for a longer period of time.

Mark Hughes, Director of Genesis Genetics Institute, said in opposition: “It’s technically feasible and it can be done however, no legitimate lab would get into it and, if they did, they’d be ostracized.”

The disadvantages to genetically engineering humans, includes the idea of creating super humans. Smarter humans, result in larger brains, which can then inflict many issues on child birth. The baby’s head may end up being too large for the birth canal. And as if our world isn’t overpopulated enough, a longer life span can also put a lot of strain on the supply of natural resources, along with limited living space.

Have technological influences gone far enough? Should babies be born the way nature sees fit? DNA, the tiny, microscopic material, contains all the genetic information related to the person. It would determine the color of the eyes, hair, skin tone, height, weight, IQ, EQ, diseases, and disorders. The DNA can even determine a smile or the shape of nose. All of these puzzle pieces allow genetic engineering to take place.

Gregory Stock, author and biophysicist, said: “There’s a lot of debate about what you should allow and what you shouldn’t allow. There’s going to be a whole spectrum of things that are possible. A lot of it we’ll be very uncomfortable with.”

Genetic engineering is creating a falsity. It is turning one of the most precious experiences for parents into another major decision making process, rather than choosing what color to paint the nursery. Parents will be deciding on whether they want a “girly” girl or an athletic boy. In order to make a designer baby, an embryo must be created by in vitro fertilization (IVF). Then genetic engineers modify the embryo’s DNA and then introduce it into a womb. Sounds glamorous doesn’t it? Real special and beautiful.

Designer Babies are illegal in most of Europe, The UK, Australia, and China. However, it is legal in Britain and Germany and is legal and regulated in the U.S. In a recent U.S. survey conducted by researchers at the New York University School of Medicine; out of 999 people who sought genetic counseling; the majority supported prenatal genetic testing in order to search for any diseases. While 56% wanted blindness prevention, 75% wanted mental retardation prevention. However, 10% supported the idea of characteristic traits like athletic ability, 10% supported the improvement of height, and 13% were in favor of the genetic engineering in order to allow their child to have superior intelligence.

Dr. Arthur Caplan, Director of the University of Pennsylvania’s Bioethics Center said: “We need more oversight of this industry and I think this is going to be one of the biggest issues in the next 10-15 years, the extent to which we design our babies and whose going to be able to call the shots on whether the technology gets used to do it.”

In the realm of today’s society it is evident that the main focus is on technology. Every day there is a new discovery and new developments altering nature’s natural formula. By using genetic engineering, there is a friction being created. There is a divide between genetically engineered humans and regular natural born humans.

Marcy Darnovsky, Associate Executive Director of The Center for Genetics and Society, said: “If we’re going to produce children who are claimed to be superior because of their particular genes, we risk introducing new sources of discrimination in society.”

The argument of whether people should “play the role of God” remains. Too much rearranging and artificial impact can have many negative effects on our future generations. Manipulating different species of human can severely change the society we all know today, and even cause a lack of cultural diversity.

Dr. Kearns, a Medical Geneticist and Director of the Shady Grove Center for Pre-implantation Genetics, said “I’m not going to do designer babies, I won’t sell my soul for a dollar.”

What about the future for those genetically engineered babies? Who wants to live with the notion of being merely a lab experiment? As if natural born children don’t face the idea of their parent’s expectations, just think of the expectations those with a life designed by the hand of a lab technician have to face.

William B. Hurlbut, Consulting Professor at Stanford University said: “Genes are not legos, its not like Mr. Potato head where you can have a change of jeans by sticking on some new part.”

The use of technology is not always one sided, it’s not always all good, or all bad. Instead it is based upon the minds and intentions of those who use it. So within the case of genetic engineering in babies, caution is very crucial, misusage can cause a violent stream of events.

The best bet? Let nature be your guide!