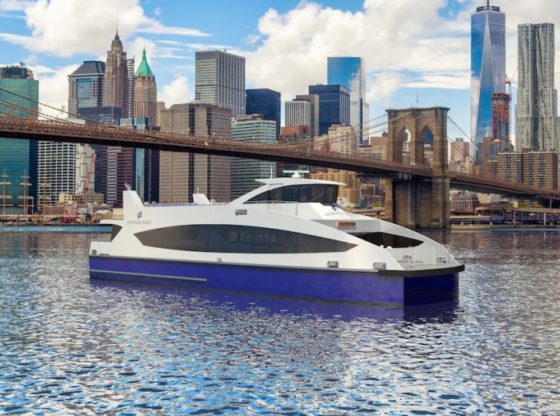 The launch of Mayor Bill de Blasio’s Citywide Ferry is not far away.

200 full-time workers are currently constructing the 19 vessels that will service the ferry system. In addition, construction of barges have been taking place on Staten Island for the past few months.

“This new fleet will help us connect commuters and visitors alike to neighborhoods throughout the city,” the mayor said in a statement.

The 85-foot-long aluminum boats will fit up to 150 passengers and offer plenty of space for wheelchairs, strollers and bikes.

Amenities on the ferries will include free Wi-Fi and heated decks.

The six-route service will generate 4.6 million passenger trips per year, the EDC estimated.

The East River Ferry – which charges $4 per trip for its 4,000 daily commuters — will be combined with Citywide Ferry and both services will cost the same as a subway ride.

The Citywide Ferry will travel to Wall Street from Rockaway, Astoria, Soundview and Bay Ridge. There will also be a route between Astoria and E 34th Street.

Both paper and smartphone tickets will be available to passengers.

The city is investing $55 million in the project for infrastructure upgrades, $30 million a year in operating support for the first six years and $10 million for additional startup costs, the EDC said.

The final assembly of vessel components is expected to take place at the Brooklyn Navy Yard. The Installation of ferry landings will begin towards the end of 2016.

The first batch of vessels are expected to be operating by early 2017.