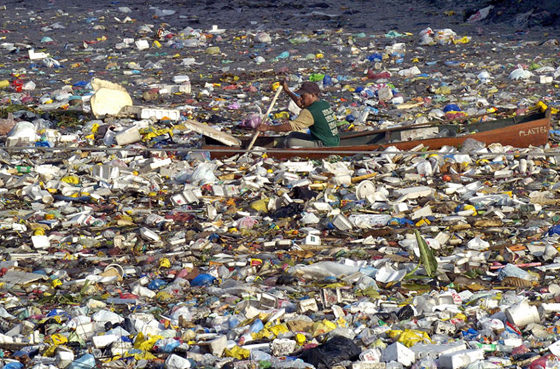 Mayor Bill de Blasio and his administration have set out to kill off an iconic part of New York City with a ban on Styrofoam containers, which will go into effect on July 1.

After consulting various corporations, the Department of Sanitation has concluded that Expanded Polystyrene (EPS) cannot be recycled, which has led to its ban.

As a result of the ban, “manufacturers and stores may not sell or offer single-use foam items such as cups, plates, trays, or clamshell containers in the City,” according to the Department of Sanitation.

The sale of polystyrene loose fill packaging, such as packing peanuts, will also be banned.

“These products cause real environmental harm and have no place in New York City” de Blasio said in a statement announcing the ban.

“By removing nearly 30,000 tons of expanded polystyrene waste from our landfills, streets and waterways, today’s announcement is a major step towards our goal of a greener, greater New York City,” de Blasio added.

To the current mayor’s defense this decision has been dwindling during the Bloomberg administration. But it is De Blasio’s administration that is carrying the threat out.

Local Law 142 passed by the city council back in December 2013, requiring the sanitation commissioner to determine “whether EPS single service articles can be recycled at the designated recycling processing facility at the South Brooklyn Marine Terminal in a manner that is environmentally effective, economically feasible, and safe for employees.”

Under the law, if EPS is not found recyclable, it must be banned.

Schools are also complying with the new ban. Starting in the 2015-2016 school year, our hungry prospects will have their meal served on compostable plates, according to NYC School Chancellor Carmen Farina.

However the law does allow a little leeway — giving businesses a six month grace period from when the ban goes into effect, July 1, 2015 through January. 1, 2016 before they start to impose fines.

No more will there be evidence in our landfills of our late-night Chinese or Halal food binge like in previous generations. New York should expect a booming black market for Styrofoam containers and packing peanuts starting July 2.