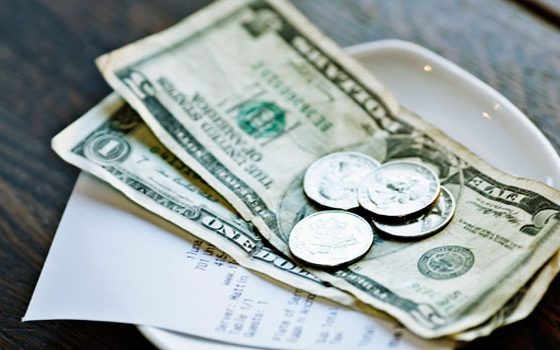 Governor Andrew Cuomo has announced a citywide minimum wage increase for all tipped workers from $5 to $7.50 an hour.

The increase was ordered by Labor Commissioner Mario J. Musolino and will go into effect on December 31.

New York State minimum wage for non-tipped workers is set to rise from $8.75 to $9 an hour at the end of this year as well.

“No one who works a full time job should be forced to live in poverty, and that is why we must also increase the State’s minimum wage, not just for tipped workers but for all hard-working New Yorkers and we must do it this year,” said Governor Cuomo at a trade rally where he commended commissioner Musolino’s order.

Governor Cuomo has been calling for a more dramatic increase in minimum wage for some time now his current proposal is for $10.50 an hour but has stated that he would like to see it as high as $11.50 as time goes on.

At $9 an hour, the minimum wage salary works out to about $18,000 a year. Most people living in the city would agree that $18,000 is hardly enough to cover living expenses let alone raise a family.

Mayor Bill De Blasio is on board with the wage increase to say the least. De Blasio has sought approval from the state legislature to raise minimum wage within the city to $13 an hour, rising to $15.00 by 2019. So far, the state has been unwilling to authorize such action.

Skeptics point out that the wage increase for tipped workers will force restaurants to pass the cost along to customers and perhaps make significant layoffs.

Chris Hickey, regional director for the New York Restaurant Association, has raised concern about the wage increases having possible consequences.

“The crazy part about this is you’re literally increasing payroll for restaurant groups by 50 percent . . .It’s going to hit small businesses the hardest,” Hickey said according to the New York Times.

Many countries do not tip servers, who instead are paid an hourly rate. Servers in Australia do not rely on tips and can expect to make above $20 an hour.

Some New Yorkers say they would gladly absorb a higher cost to eat out to ensure that their servers are being paid a reasonable rate.

“Eating out is not a necessity. If I have to pay a little extra or cook a little more often so that the waiters don’t have to live in a homeless shelter it’s fine by me,” said Manhattan resident Anthony D’ Alessandro.