Coronavirus: an opportunity to rediscover a sense of community

Home /News, Opinion/Coronavirus: an opportunity to rediscover a sense of community 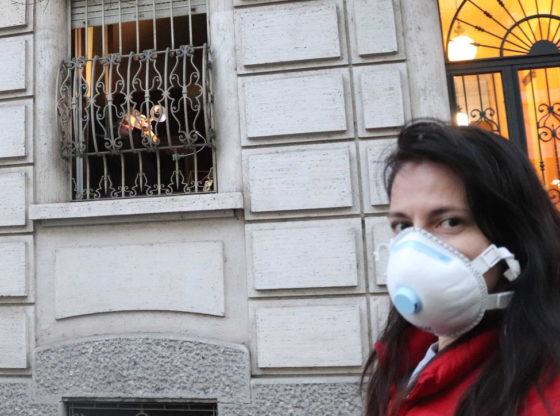 One of the countries that is facing the most substantial consequences of the coronavirus epidemy is Italy, which, according to the last numbers, has
21,157 cases, the most of any European country.

On Monday, the Italian Prime Minister Giuseppe Conte announced some new drastic restrictions, closing all shops, bars, restaurants, hairdressers, and non-essential company departments, with exceptions only for food-stores and pharmacies.

Schools and universities have been closed for weeks, and any kind of public event has been suspended.

This situation has turned Italy into a ghost-country, with people forced to stay in their houses and allowed to leave them just for emergency situations, in order to combat the spread of the disease.

In this terrible and unexpected condition, Italian people are doing everything they can to be optimistic and remain united.

Many Italian celebrities embarked on initiatives to support medical structures that are currently facing an overwhelming flow of activity.

For example, the influencer Chiara Ferragni, together with her husband, the rapper Federico Lucia, known on the stage as “Fedez”, raised almost four million euros to expand the intensive care unit at the “San Raffaele” hospital in Milan.

On the popular social network Instagram many singers, actors, and tv presenters, are sharing live videos to cheer up the population and give them some relief from the terrible data that keep coming from the news.

However, the most wonderful demonstration of solidarity and unity is coming from ordinary people who, forced to stay in their houses, are starting to gather from outside their balconies and windows to sing famous Italian songs.

From the National Anthem to popular melodies, like “Volare” by Domenico Modugno, or “Azzurro” by Adriano Celentano, every region has its original tunes.

In Milan, a trumpet breaks the unreal silence of the streets with the notes of “O Mia Bela Madunina”, while in Naples, people sing their hearts out with “Napul’è” or “Abbracciame”, which translated means “Hugh me”.

Something that has been prohibited, as well as every other kind of physical contact, but it is not forbidden to dream while waiting for the emergency to end.

People don’t only “gather” to sing, but also to pay tribute to all the doctors and all the medical staff that is working tirelessly to provide the best health care.

A popular mistranslation, which involved even President John Fitzgerald Kennedy, viewed the Chinese word for “crisis” as being composed of two Chinese characters meaning respectively “danger” but also “opportunity”.

Chinese scholars have denied this widespread belief, but, with the coronavirus crisis that started in a Chinese town called Wuhan, I think we can still find a kernel of truth in that definition.

Maybe this global crisis could be an opportunity to rediscover a sense of community and solidarity that, in a world dominated by individualism and selfishness, people were losing.

We may find ourselves in arduous situations. Still, we might suddenly realize that we aren’t facing this alone, but we have someone by our side, a friend, or a neighbor, who is facing the same problems, but who is also ready to sing together with us from his window, hoping for a better day to come.