Controversy in India earlier this month 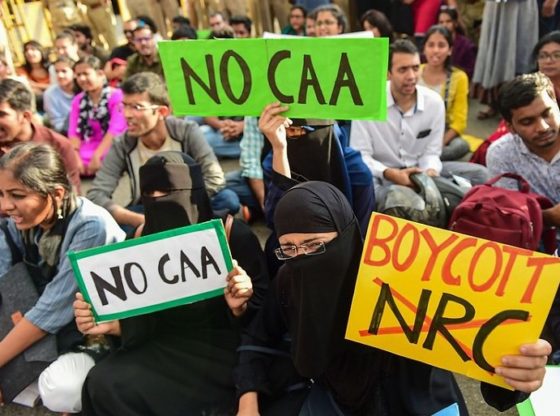 The Bill – passed in both Houses – sparked tremendous uproar and debate from many politicians, activists, and critics, due to its controversial nature.

It seeks to offer refuge and amnesty to non-Muslim illegal immigrants from three neighboring nations.

“Any person belonging to the Hindu, Sikh, Buddhist, Jain, Parsi, or Christian community from Afghanistan, Bangladesh, or Pakistan, who entered India before 31st December 2014…shall not be treated as an illegal immigrant.”

This amends the initial Citizenship Act of 1955 as it not only moved the cut-off year from 1971 to 2014, but as it grants citizenship based on religion.

Deemed unconstitutional on the basis that it diverts from India’s secular constitution, critics argue that it is discriminatory, and a part of a possible Hindu nationalist agenda lead by Prime Minister Narendra Modi, and his BJP party.

Despite the critics, Modi defends the CAA, and insists that there is not intent against the Muslim community.

Regardless of Modi’s assurance, protestors took to the streets in opposition.

Educational institutions around the country, especially in the northeastern region, joined together as a collective voice against the CAA.

However, what started as a peaceful protest became violent as external forces intervened. It has been reported that stone pelting, and police shootings have left many detained, severely injured, and even dead.

According to the Home Minister, the CAA will be implemented on all levels of India.