Confusion and turmoil over EU travel ban to combat coronavirus 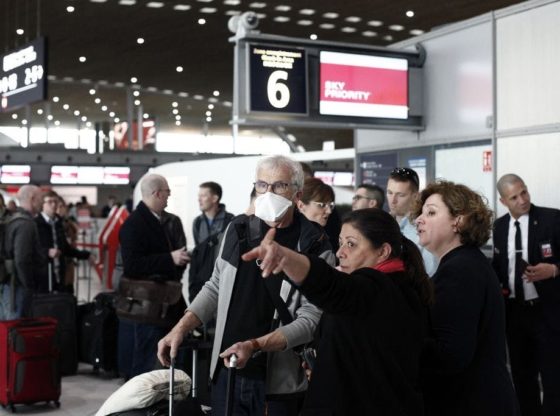 On Wednesday March 11, in an address to the nation speaking from the Oval Office, President Donald Trump announced a 30-day ban on travel from European countries to the United States, in order to combat the outbreak of COVID-19 (best known as “coronavirus”) in the country.

Trump’s decision followed a previous statement of the World Health Organization, which classified the COVID-19 disease as a global pandemic, extending the reach of the infection to the entire world.

The President’s speech triggered chaos at airports in Europe, especially among U.S. citizens, worried that they may not be able to return home.

The announcement, arrived in the late evening, woke up many travelers in Europe, and caused the first hours of the day to be chaotic and turbulent in many major airports.

Reporter Mike McIntire of The New York Times, documented what he described as a “bedlam” at Charles de Gaulle Airport in Paris, with American citizens paying up until $20,000 for last-minute flights.

The travel ban goes into effect on Friday March 13 at midnight and, according to Trump’s statement, there will be “exemptions for Americans who have undergone appropriate screenings.”

The White House explained that U.S. citizens “will be directed to a limited number of airports where screening can take place.”

The ban doesn’t apply to all of Europe but to nations in the Schengen zone (an area where the free movement of people is guaranteed through the abolishment of internal borders).

The ban doesn’t apply, for example, to the United Kingdom.

Further confusion was given by the fact that, in his address, Trump didn’t specify if the travel ban also applied to European trade and goods. The President himself and the White House later clarified that the ban only applies to people.

The heads of the European Union, European Council President Charles Michel and European Commission President Ursula von der Leyen, expressed their disappointment as the “U.S. decision to impose a travel ban was taken unilaterally and without consultation”.

“The Coronavirus is a global crisis and requires cooperation,” EU leaders added.

Cultural awareness
Coronavirus: an opportunity to rediscover a sense of community