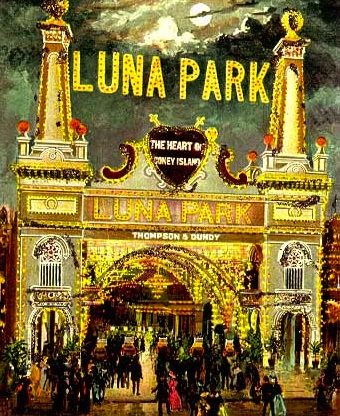 In a surprise turn of events, the City Parks Department of New York City has announced that they plan to open not one – but two new amusement parks on the site of what once was Coney Island’s Astroland.

The two new areas will be named Luna Park and the Scream Zone. Both parks will be sitting on 3.7 acres of land the city recently acquired from Thor Equities.

If the Luna Park moniker sounds at least vaguely familiar, it should. Luna Park was the name of the original fair that was open from 1903 to 1944 before being replaced by Astroland. In order to invoke a sense of nostalgia, the new Luna Park will be built and modeled after its predecessor.

Luna Park will have a replica of the original’s iconic entrance as well as a few of the rides that were once very popular. One such ride, called “The Tickler,” will be reconstructed complete with its trademark spinning cars going down the coaster tracks.

The second park, aptly titled the Scream Zone, will feature two steel roller coasters. The first will suspend riders from upside-down loops while the human slingshot will launch people 200 feet in the air.

Longtime Coney Island resident and Saint Francis junior, Carolann Falotico, is excited about this unexpected announcement. She feels that the opening of Luna Park and Scream Zone “will definitely be beneficial for the community.”

Such enthusiasm is only natural since Falotico has actively participed in community affairs and cares for its well-being. However, she hopes that the Parks Department will remember that “Coney Island is a residential area and it should not become another Atlantic City.”

Both amusement parks plan to open their gates to the public during the summer months, mainly from Memorial Day to Labor Day. Luna Park is expected to open this summer while the Scream Zone is planning on a summer 2011 opening.

FEELING GOOD WITH MUSE
NO FEAR OF HEIGHTS